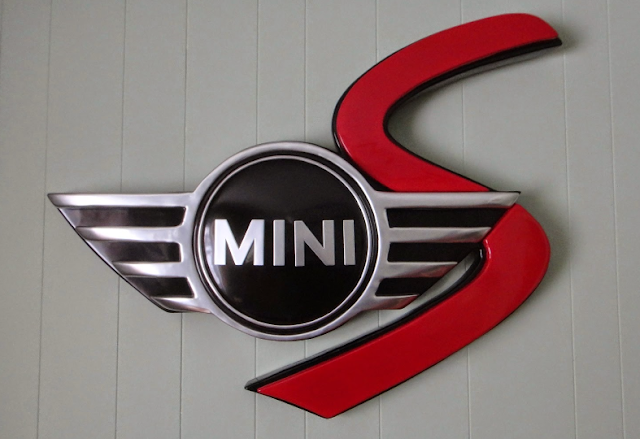 Ten months ago I completed my Mini Cooper logo sign.  Hard to believe that I put the finishing touches to that great project that long ago already.  After having admired the sign in my living room I always wanted to do  just one more thing to it.  Today was the day that I finally can say I have put the finishing touches to this project by lighting the back of the sign with LED's to make it stand out even more than it already does! 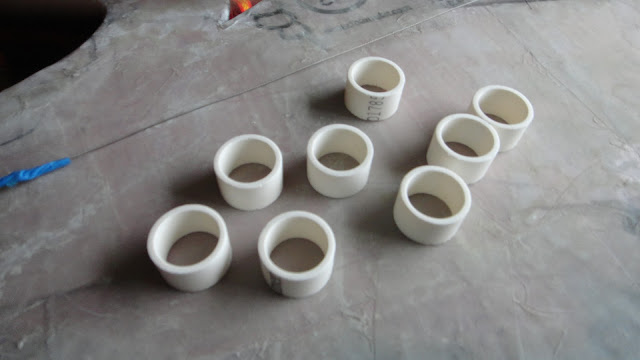 I knew that the easiest way to light the back of the sign would be to use an LED light strip so that when it was lit up the light would wrap around the outer perimeter of the sign to show it off in various colors.  But in order to have enough room for the space between the sign and the wall I first needed spacers to get that room.  I thought first of 3D printing the spacers and before I even got that far a light bulb came on with an inspiration to just us 1 1/2" PVC pipe.  I cut eight spacers an inch long using my miter saw and presto I had my spacers ready made. 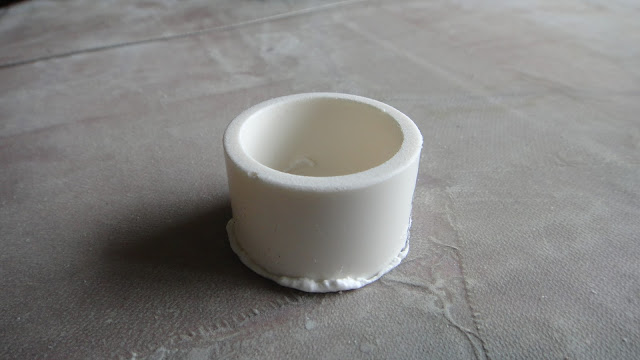 I then mixed up a batch of fiber glass resin and micro-balloons to make a thick putty that I know would be plenty strong enough for this part of the job.  Then I started gluing the spacers one by one on to the back of the sign. 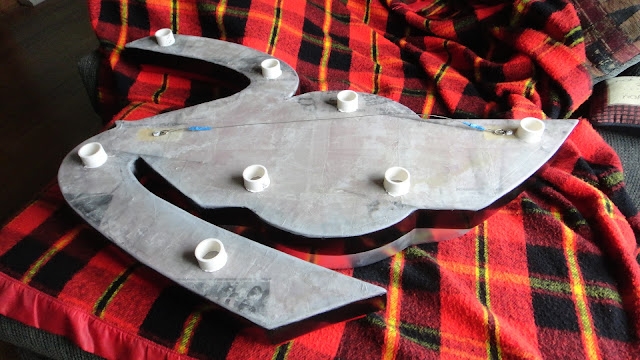 In order to protect the sign from getting scratched while doing this work I laid it down on a soft blanket on my couch.  This worked out perfectly and made a simple work area to mount the spacers.  After about six hours or so the epoxy had cured enough that I did not have to worry about disturbing the spacers while I continued on to the next step of this project. 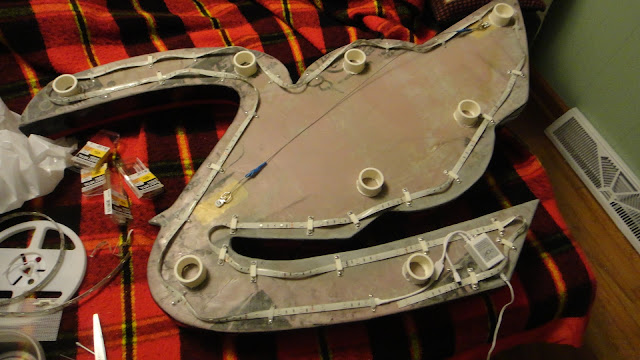 In this photo you can see the LED light strip that I needed to mount on the back of the sign. This and all the rest of the hardware that I used came in a LEG RGB kit from Zilotek that I purchased at Menards. This kit has a 16.4 feet flexible LED strip, RGB light control with battery, RGB receiver, power supply, mounting clips and linking cables.  So everything I could hope for was ready to be mounted. In the lower right of the photo you can see the remote receiver that was also mounted using small screws.  This turned out to be a very simple task also as it was just a matter of drilling a small pilot hole and then installing the screws to hold the control box that had been set up with mounting holes for that purpose. 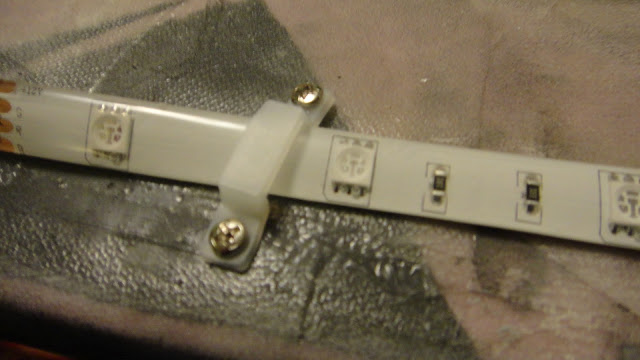 The LED light kit had the mounting brackets for the LED strip that were made of a flexible translucent white material.  These worked out very well but like any kit there simple was not enough of them for this project as the LED light strip needed to be routed around the outer perimeter of this strangely shaped sign, so I ran out of brackets before I was even half way around the back of the sign. 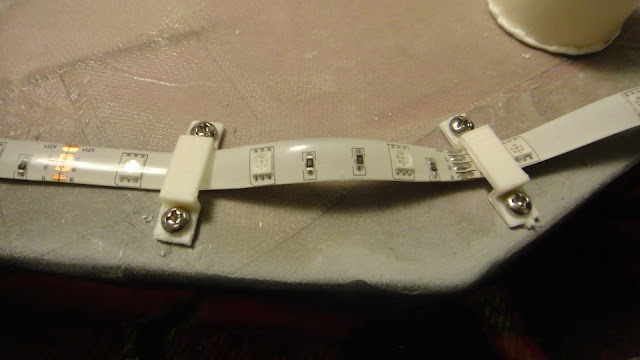 So once again my 3D printer was pressed into service and in short order I had printed up 20 new brackets that actually worked out better than the ones that the LED kit had in them. 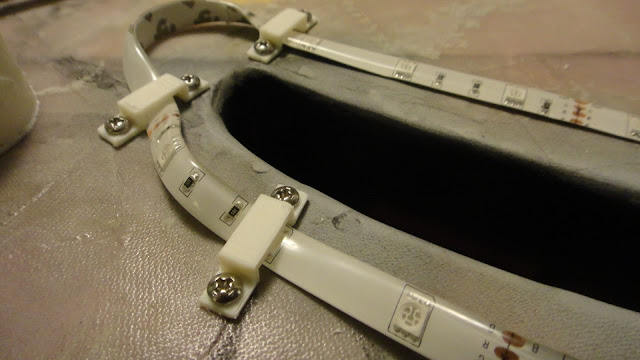 I used #6 1/2" metal screws for the 3D printed brackets.  After drilling a pilot hole for the screws they went right in as easy as could be.  The plus side to my brackets were that they were not flexible and so I was able to hold the LED strip tighter and still not pinch or crush the strip.  With this fix I was able to continue on with the installation of the LED strip. Once the light strip was mounted and tested it was just a matter of hanging up the sign once again in the living room.  Fortunately the cord from the power supply to the sign is small an unobtrusive and could easily be plugged into the power strip just behind my TV set.
Here's a short video that I put together showing you how the sign looks when it is lit.   Also for those who have not seen the sign under construction I also have video of that entire process that I posted in January of this year.  Enjoy!
Posted by Dave Langkamp at 12:34 PM