It's been around four months since I last worked on my Blender 3D VW Bus project that has been sitting idle in my computer. I thought now was the right time to get back to it since I have been waiting for various materials for other projects that are currently in the workshop.  That and the fact that I do most of my Blender modeling during the winter months when the weather is just plain crappy to be outside anyway. 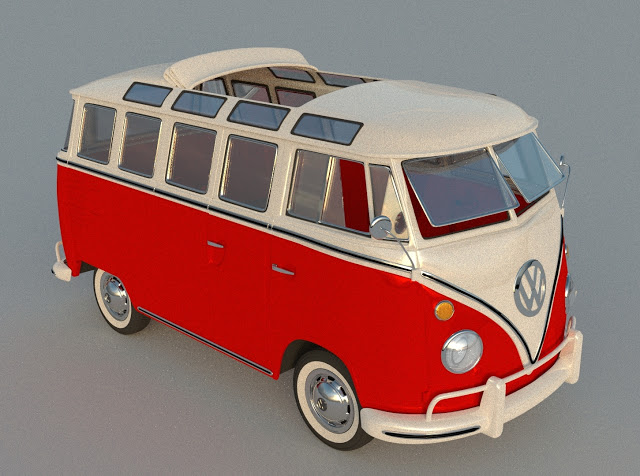 The exterior of the VW bus was completed when I last left it and so now the logical next step is to get the interior modeled as correctly as I can.  This is no small task as a lot of reference photos needed to be collected from the Internet in order to have any hope of getting things to look right. 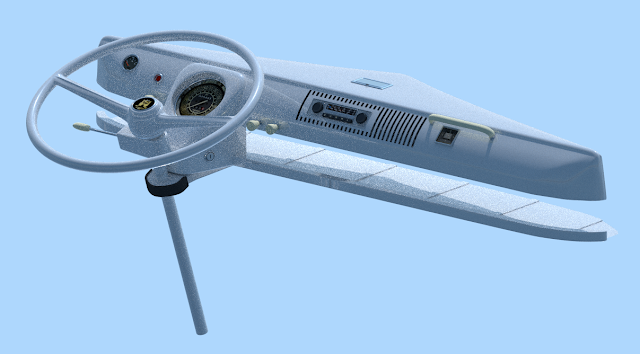 The most complicated parts of the interior is of course the dash.  It has gauges, buttons, handles and of course the steering wheel just to name a few things.  A lot of detail is needed in many little things that make up the look of the dash and then to get it to correct or near correct scale is always a must.  It's like painting a picture really.  You put something in like the steering wheel which you think looks good until you add gauges or something else and find out the scale of one or both is way off.  So lots of fussing and cross referencing of photos help to keep things in check.

To get a closer look at the dash click on any of the photos in this post and a larger view will pop up on your computer. 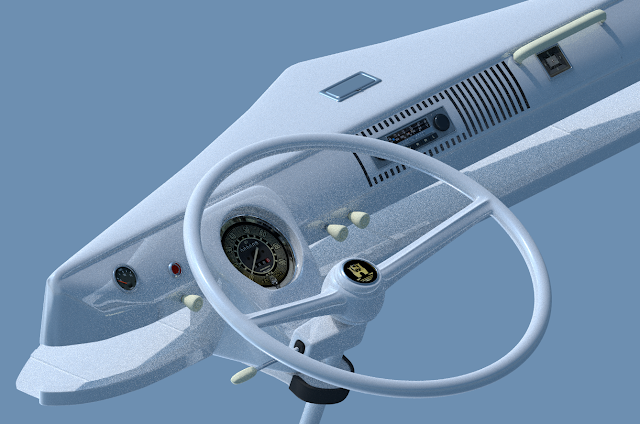 As with my other vehicles that I have modeled in Blender 3D I get a lesson in history as to what these vehicle look like and a real feeling of why people like to own them.  Each model I complete gives me that same sense of wanting the vehicle so it's a good and a  bad feeling at the same time.  Good because I'm able to create a good looking computer image and bad because I know that I will probably never own the real thing.  Nice to dream at least. 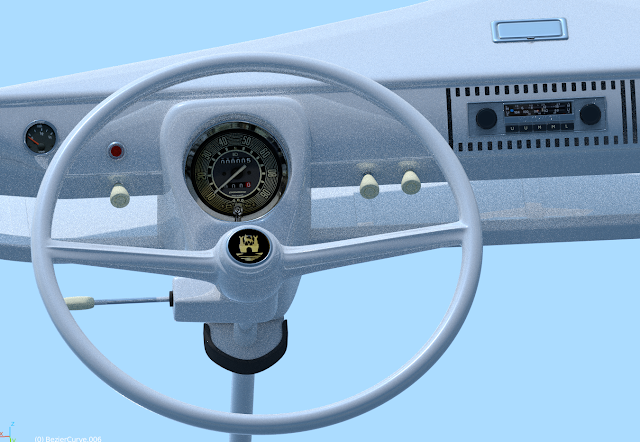 In this posting I wanted to only show the current work that I've managed to create in only around 10 hours or so.  Pretty fast if I do say so myself.  I was able to steal some of the components from my WV Bug Blender model for this dash so it did speed up work a fair bit.  The radio, speedometer, fuel gauge, and various knobs again reduced the amount of time it took to get the dash into this shape.  But saying that it was easy is totally not the case.  For me it's kind of like a puzzle.  I look at various pieces of the entire dash layout and have to figure out how to make it all work and look right.  This dash is far different than what the VW Bug has in it so it is a real challenge at times to say the least.  Good fun all at the same time. 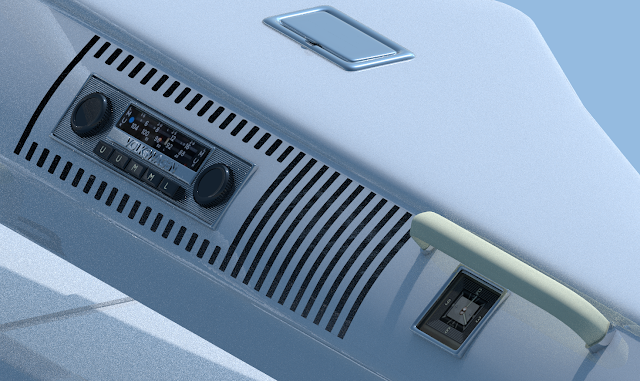 I'll post more about this project during the coming weeks/months which ever comes first.  I just thought I would bring you all up to date on my latest Blender 3D creation and let you see how it is all coming together. Total hours on the project has risen now to 110 and still counting.
Posted by Dave Langkamp at 12:00 PM