Another rainy day has brought me to the completion of another interesting project.  This being of course my 3D printed JN4D Jenny aircraft model that I have been working on over the past few weeks.  I finished assembly of the model this afternoon and was pretty pleased at how it all turned out.  So I shot some photos right away so I could show it off to everyone here. 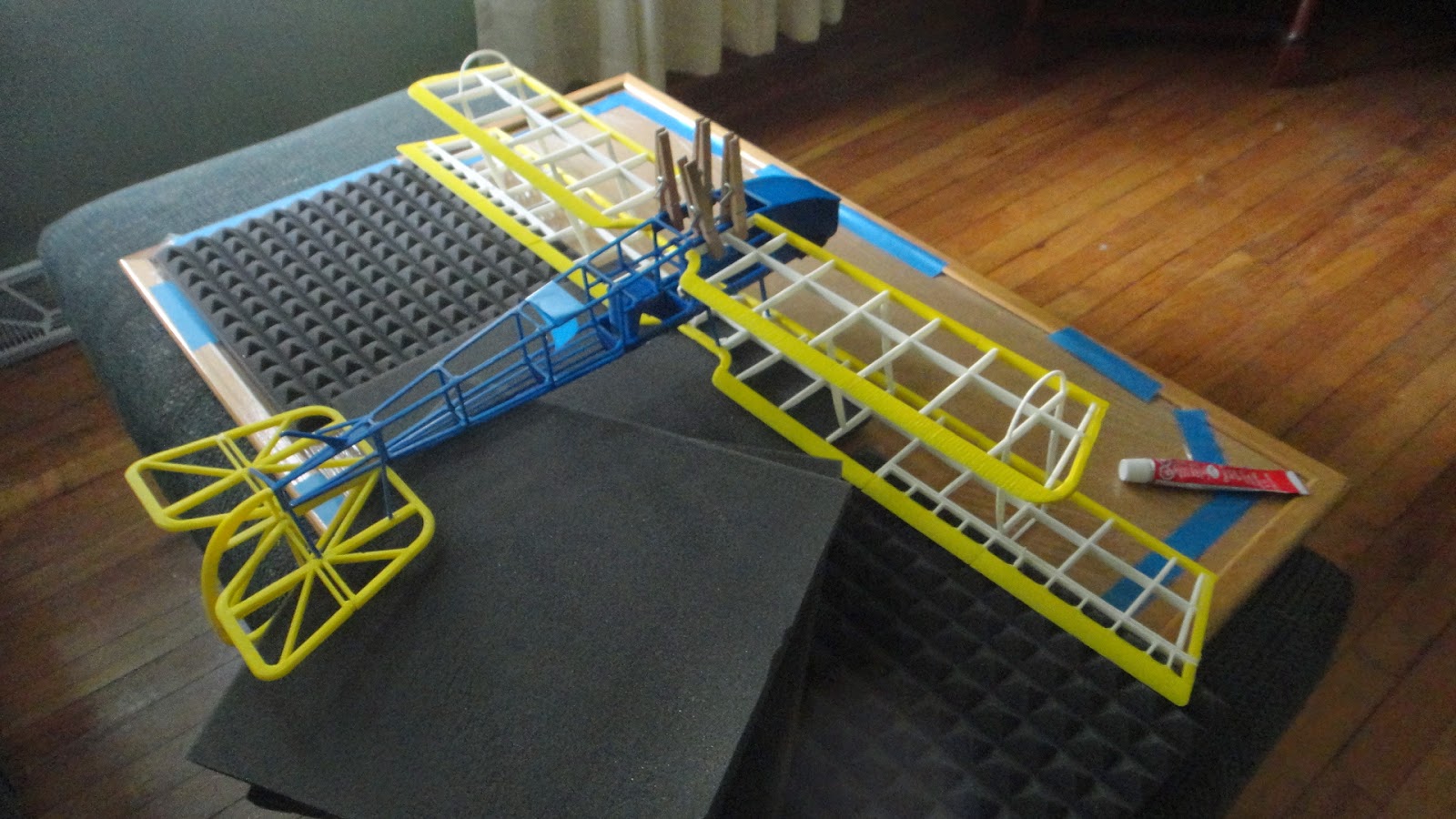 One of the last difficult tasks in building the model was to join the wings to the fuselage. I had to scrounge up some foam rubber from the workshop to support the wings and fuselage without damaging the already delicate assemblies in the process.  The struts that are directly over the fuselage needed to be inserted into receiving holes that were in the mid section of the top wing.  The simplest way to do this and still see what was going on was to lay the plane upside down on to the foam pads. Then I was able to apply the needed glue and mate the assemblies together. 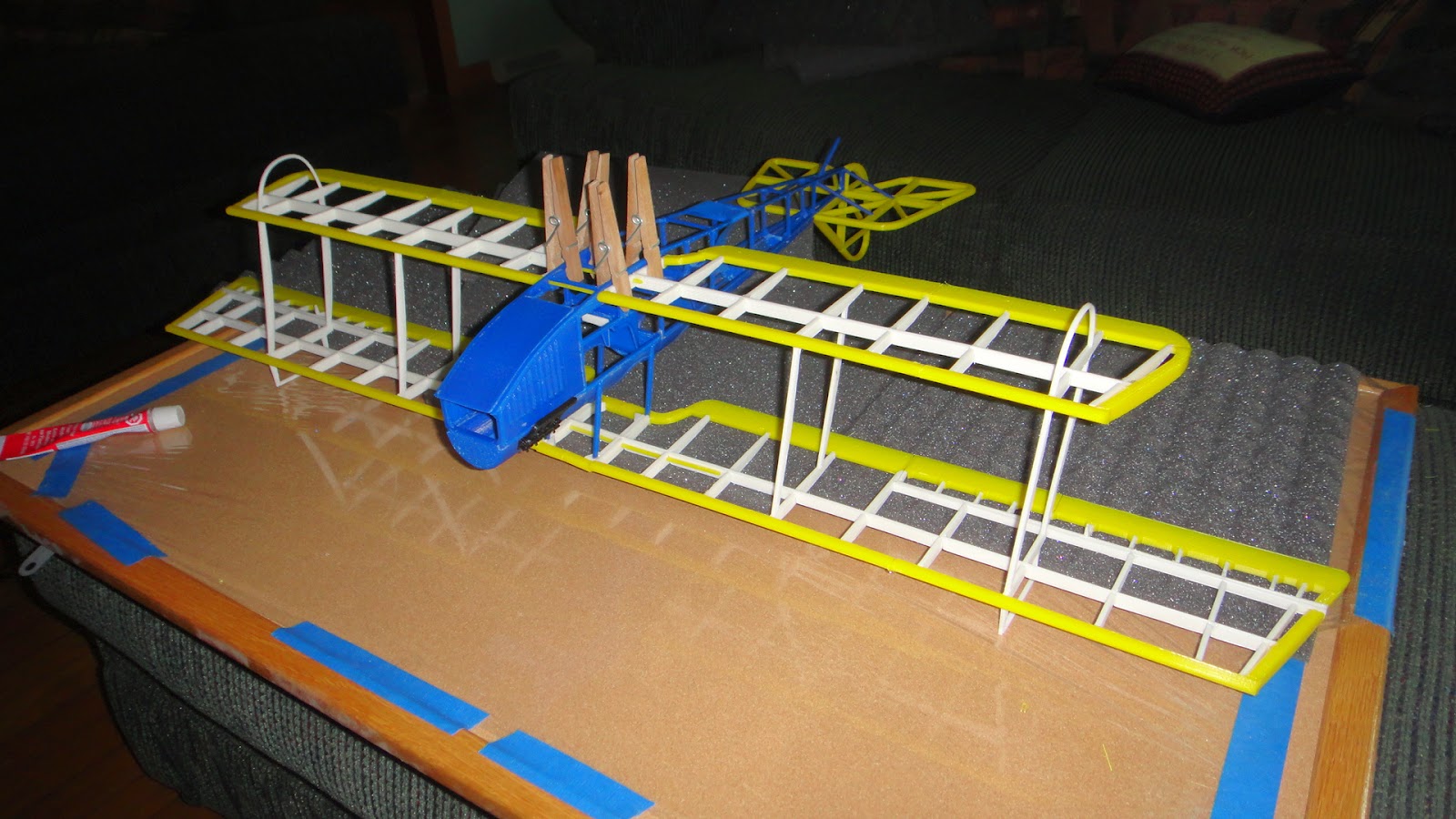 Once I was happy with the fit of the upper wing I applied glue to the two lower wing sections.  These were then slide into place on to mounting pins built into the fuselage.  These pins help to correctly locate the wings for alignment to the fuselage sides. Then I waited over night to let the glue dry and held my breath to see how it would work out. 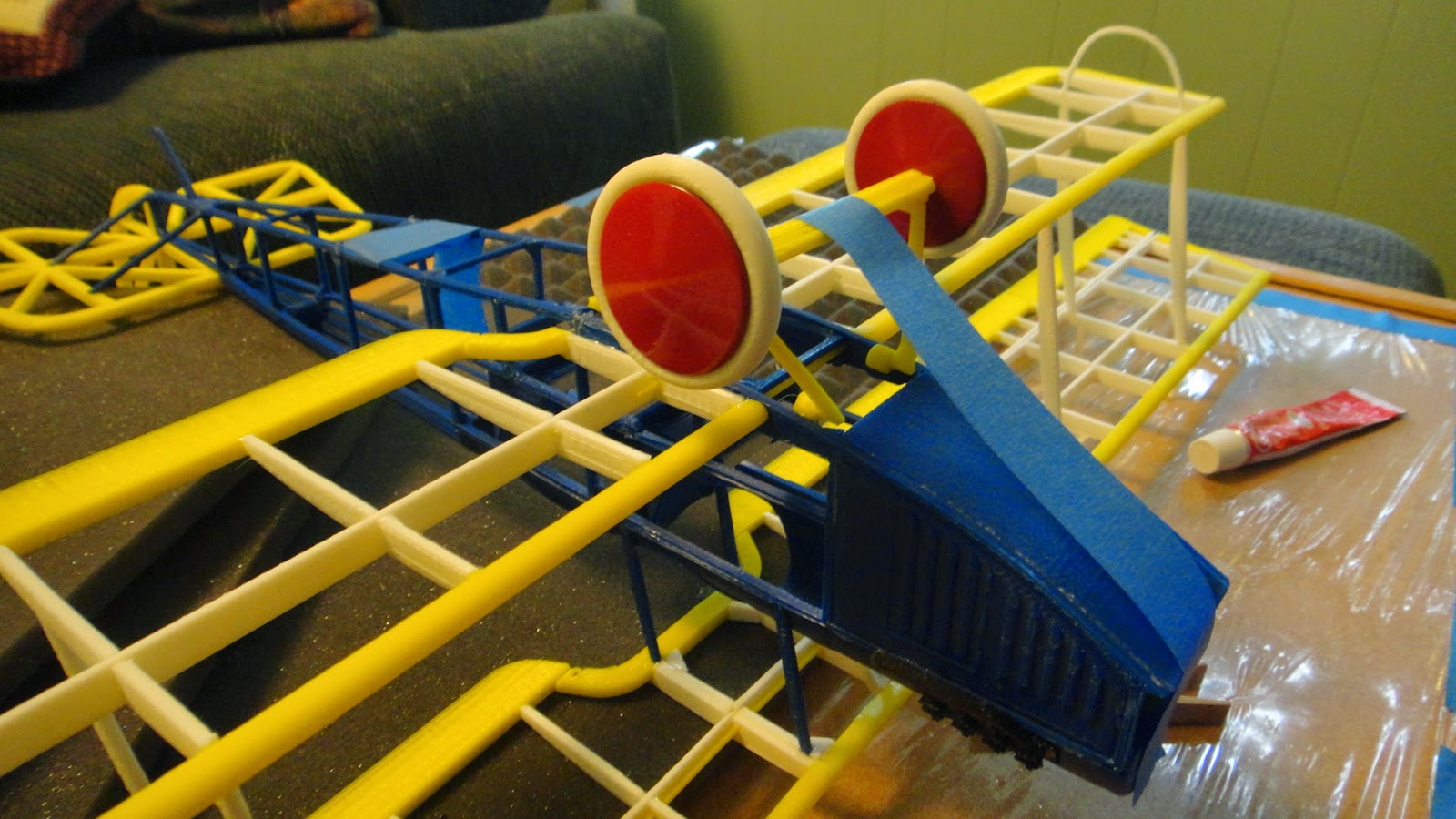 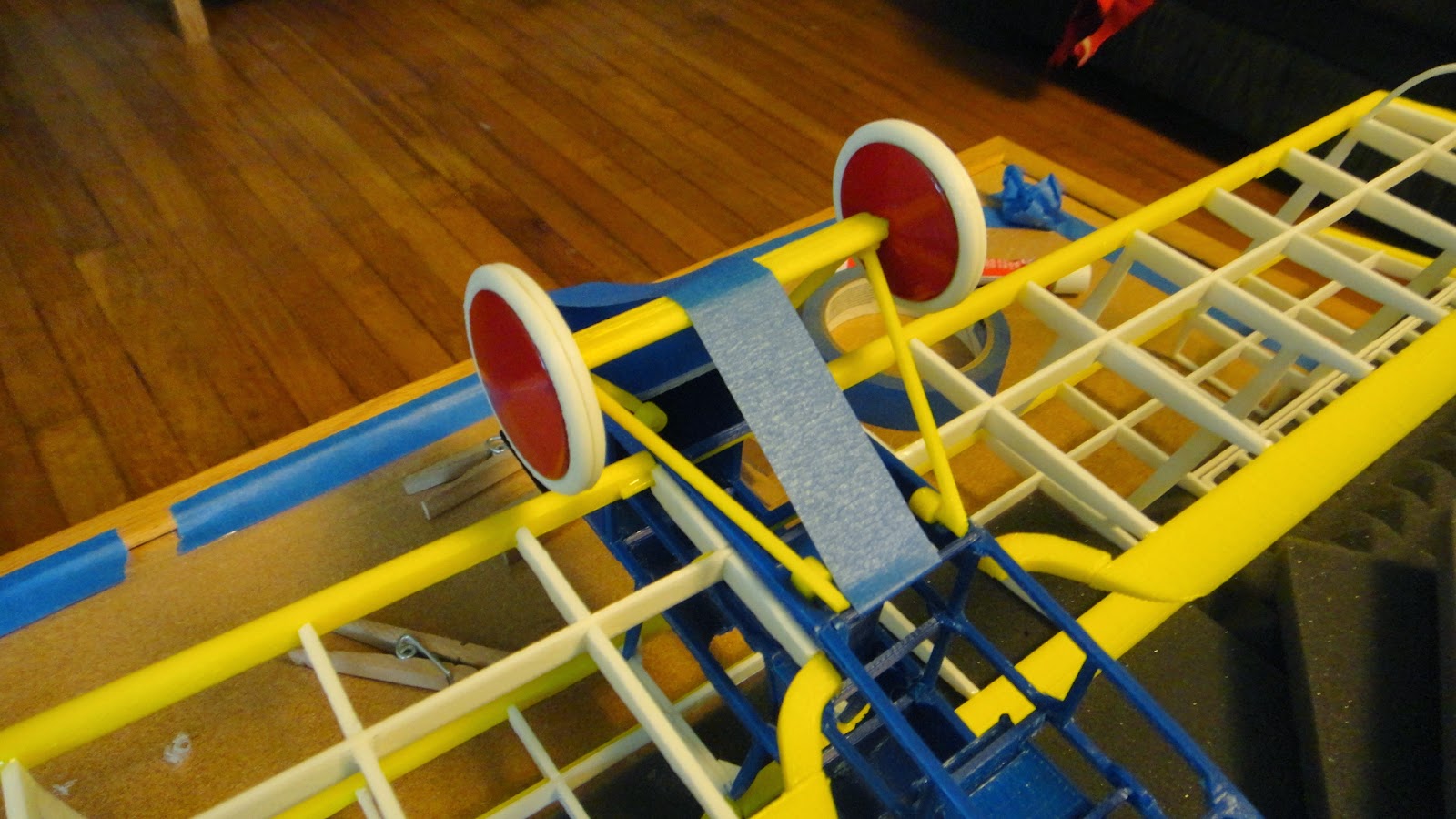 This afternoon I was able to remove all the tape from the plane and glue the radiator and propeller assembly on to the front of the model to complete it.  I immediately grabbed my camera to get the following photos as the plane as it is quite fragile and now is complete. 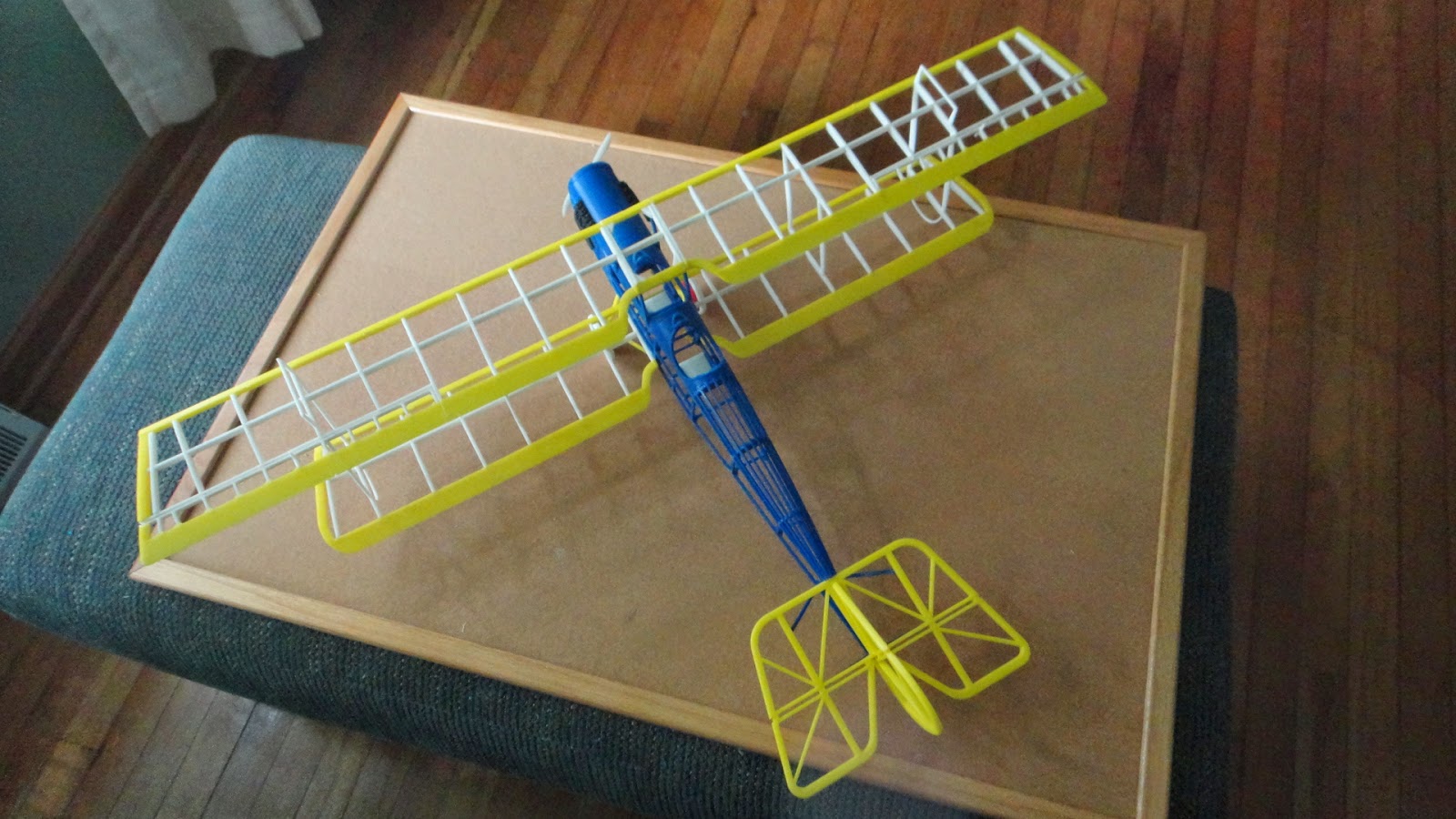 Having a three foot wingspan and only weigh about a pound or so it is very light weight for it's size. The plane is also 23 inches long and stands 7 1/4 inches tall. The propeller is 4 inches from tip to tip. 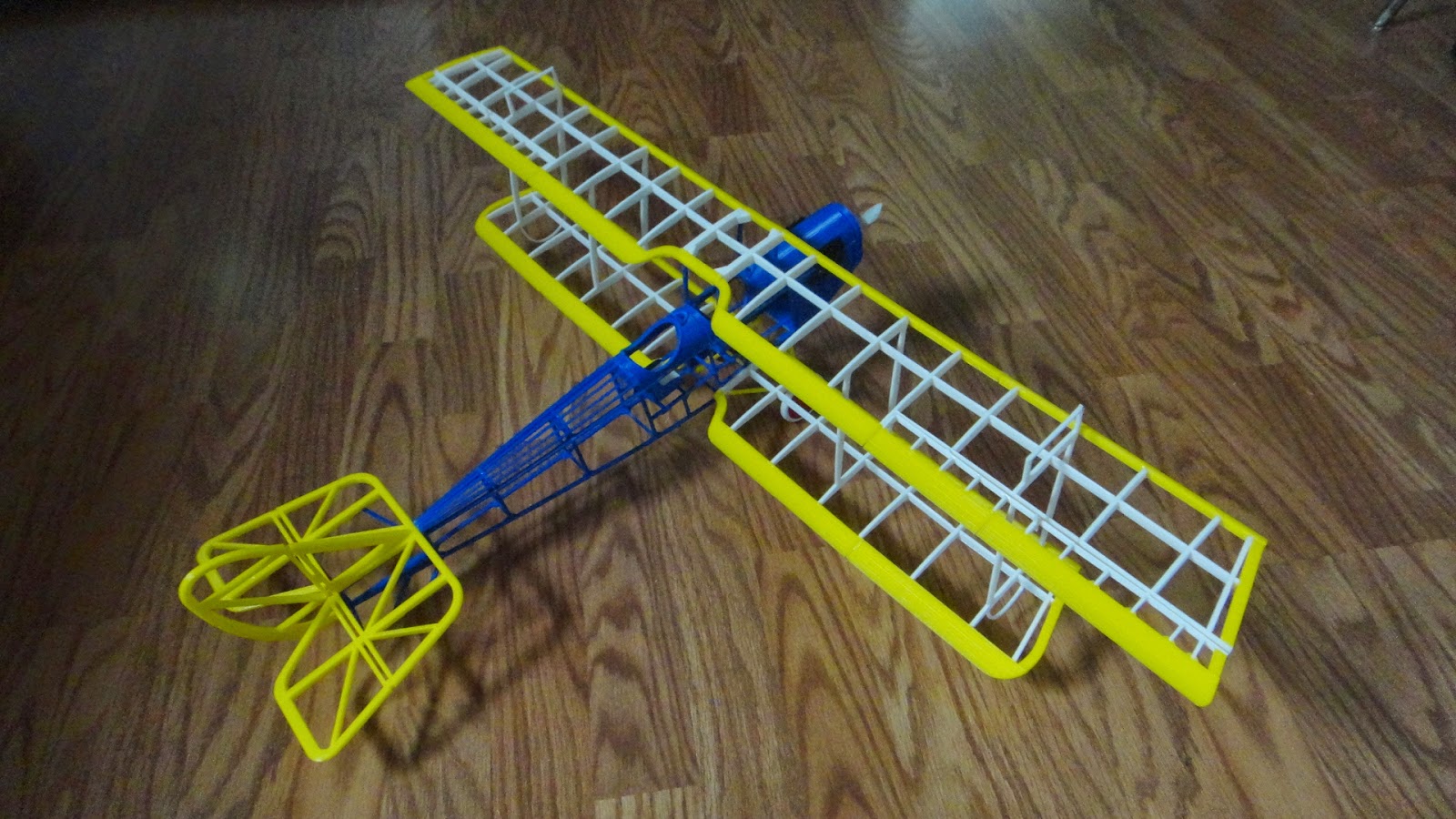 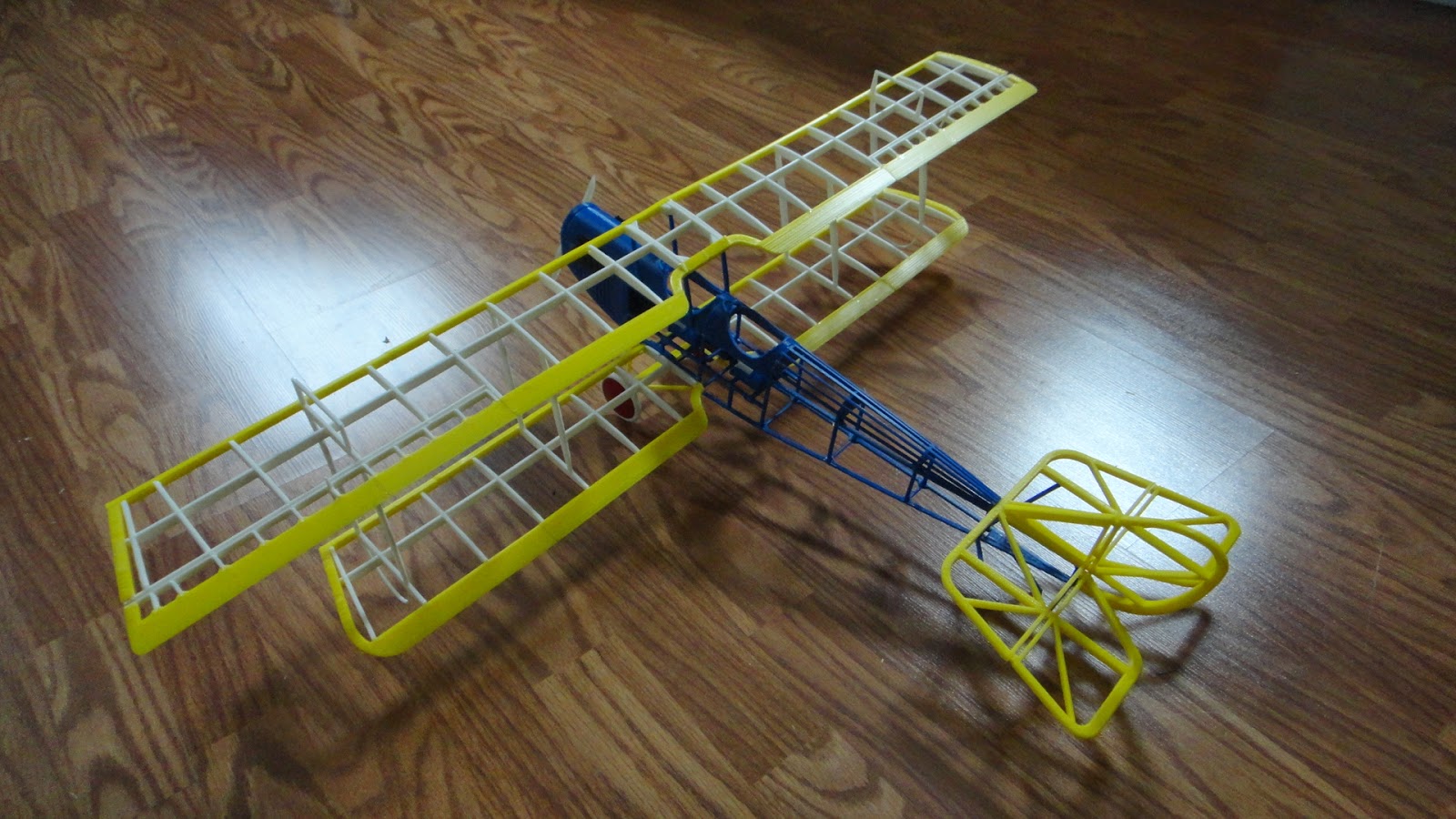 I've been asked by several people if the plane could fly.  This I have no doubt but I would hate to try and land it as it would probably not hold up very long to even a minor mishap.  The model would need more work done to it to beef up the framework and wings in order to make it sturdy enough to fly.  I never planned on making it radio controlled and will not cover any of the plane to make it so.  I wanted to show off the capabilities of a 3D printer and all the components that went into putting this model together. 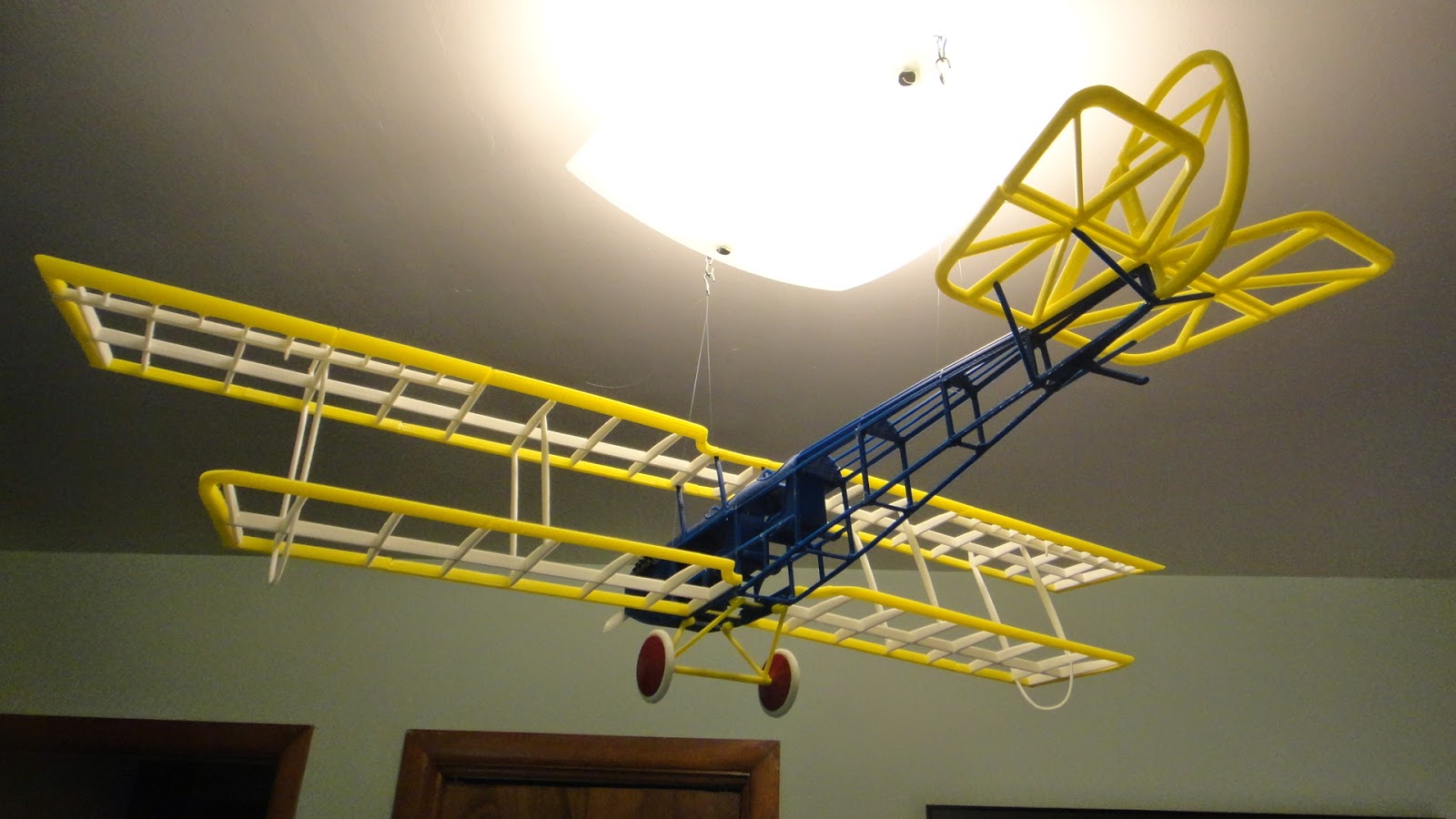 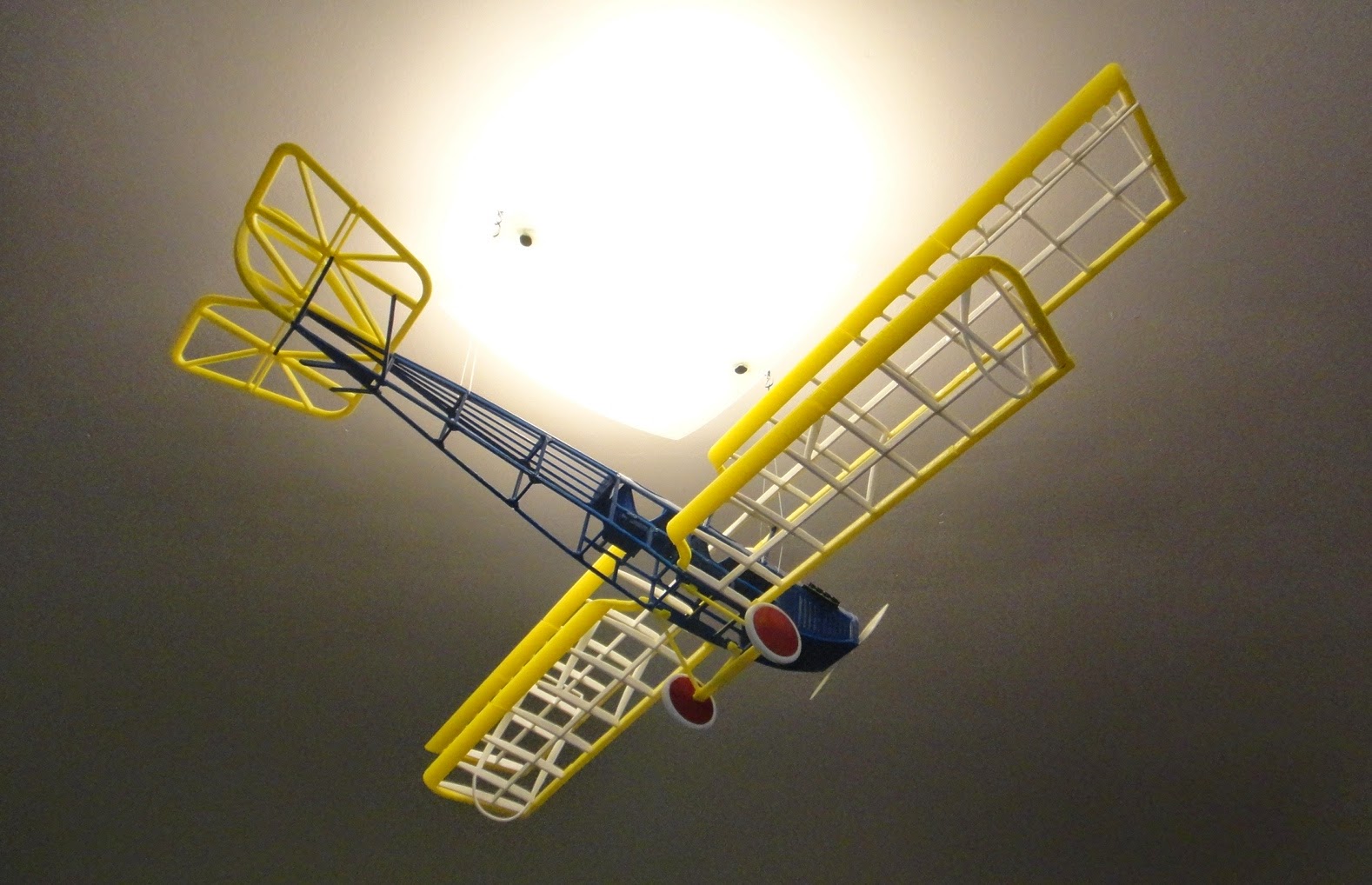 Here the plane is finally hanging from my light fixture in my workroom. It was just a matter of using some plastic fishing line and using some simple metal chains at the top of the light fixture to secure everything. The light of the fixture bounces off of the plane nicely in these photos. Just one more project that I had fun putting together and I can now scratch off my to do list.
I hope I've inspired some of you to attempt building something similar to this with your own 3D printers so you can show it off to family and friends like I plan on doing. In the mean time enjoy the photos and have a good day in your workshop.

Posted by Dave Langkamp at 1:15 PM