With some careful planning and a steady hand I started putting the upper wing of the 3D printed Jenny aircraft model together yesterday and this morning.  I was happy to find that the parts are fitting well together. This is a plus as this portion of the model looked to me to be a real puzzle for sure to make it work.  Here is how it looks so far. After I had removed all of the pins that held the upper left wing assembly in place it was a simple task of separating the two sections.  The plastic wrap that was covering the cork bulletin board worked perfectly as the parts lifted easily from the surface of the plastic.  Not one piece stuck  to it.  I like it when a plan works out perfectly.  The next part of the assembly called for me to install the two wing struts into these two sub-assemblies. The inner ribs in the two assemblies had not been glued in place as the struts needed to be inserted around the center spar first. 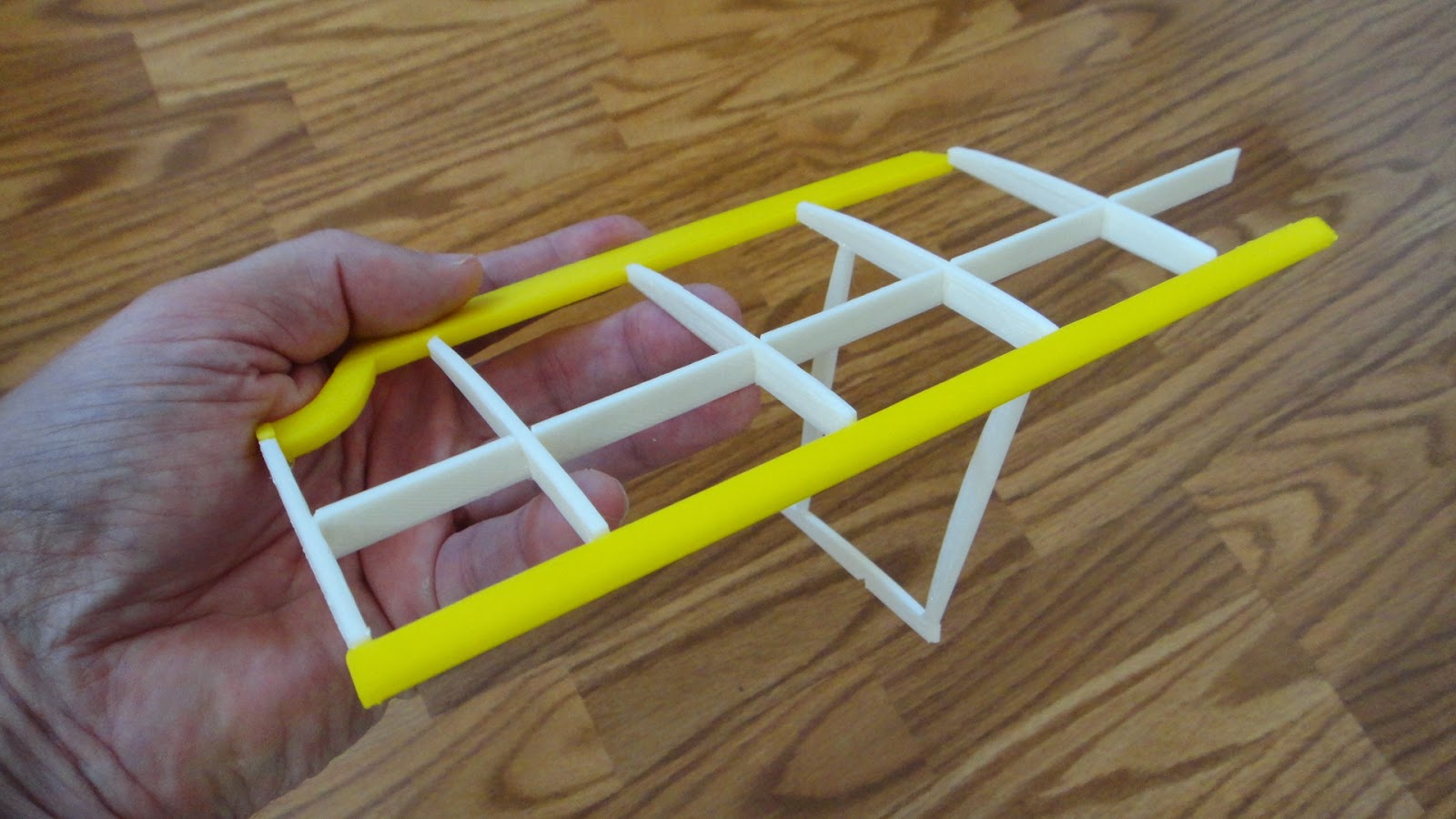 The struts for the wing slide perfectly into place and it was a simple matter of applying modeling glue to the parts to hold it all together. 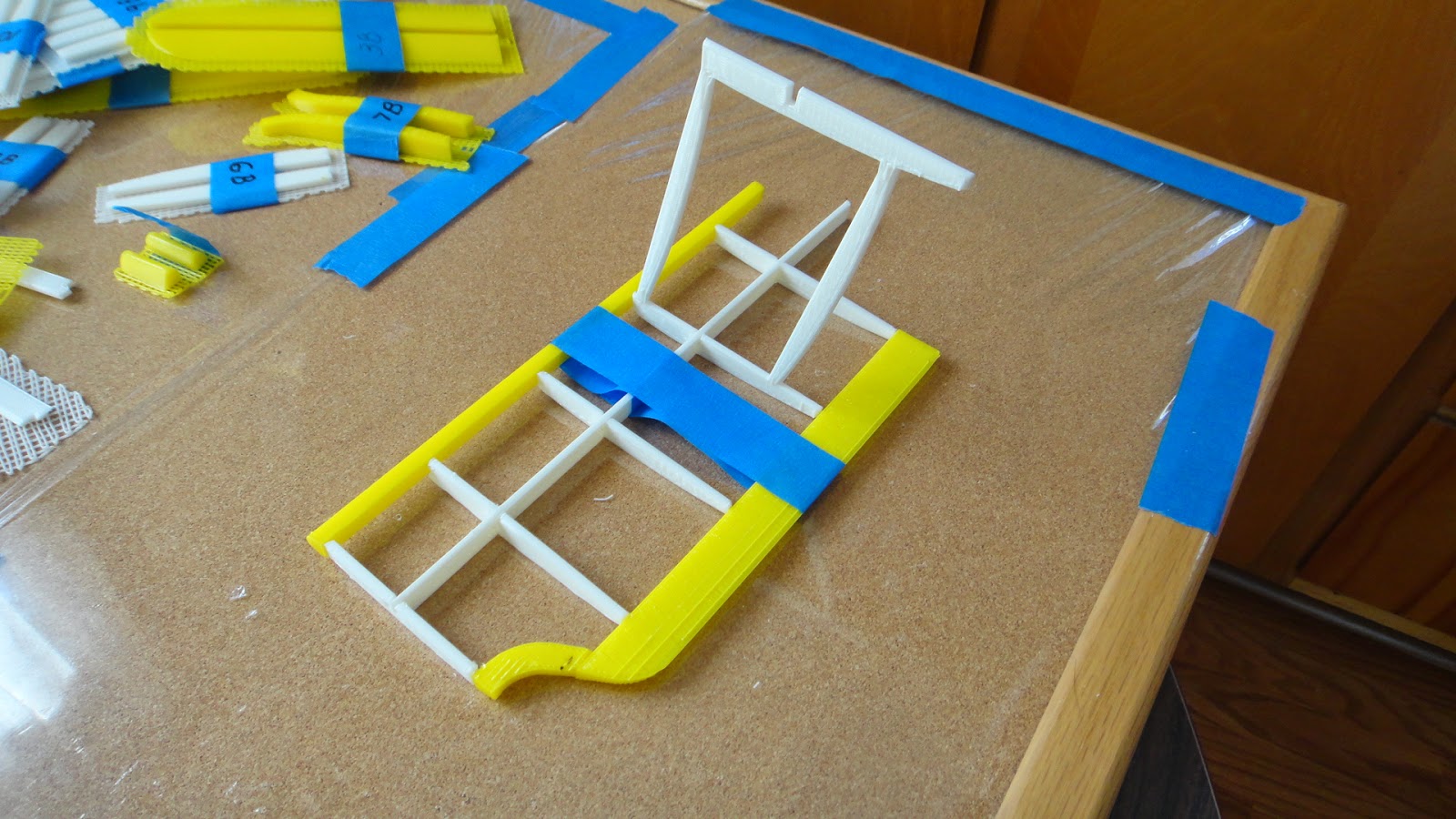 With the help of a little painters tape the first part of the assembly only needed to be set aside to let the glue dry for a couple of hours. 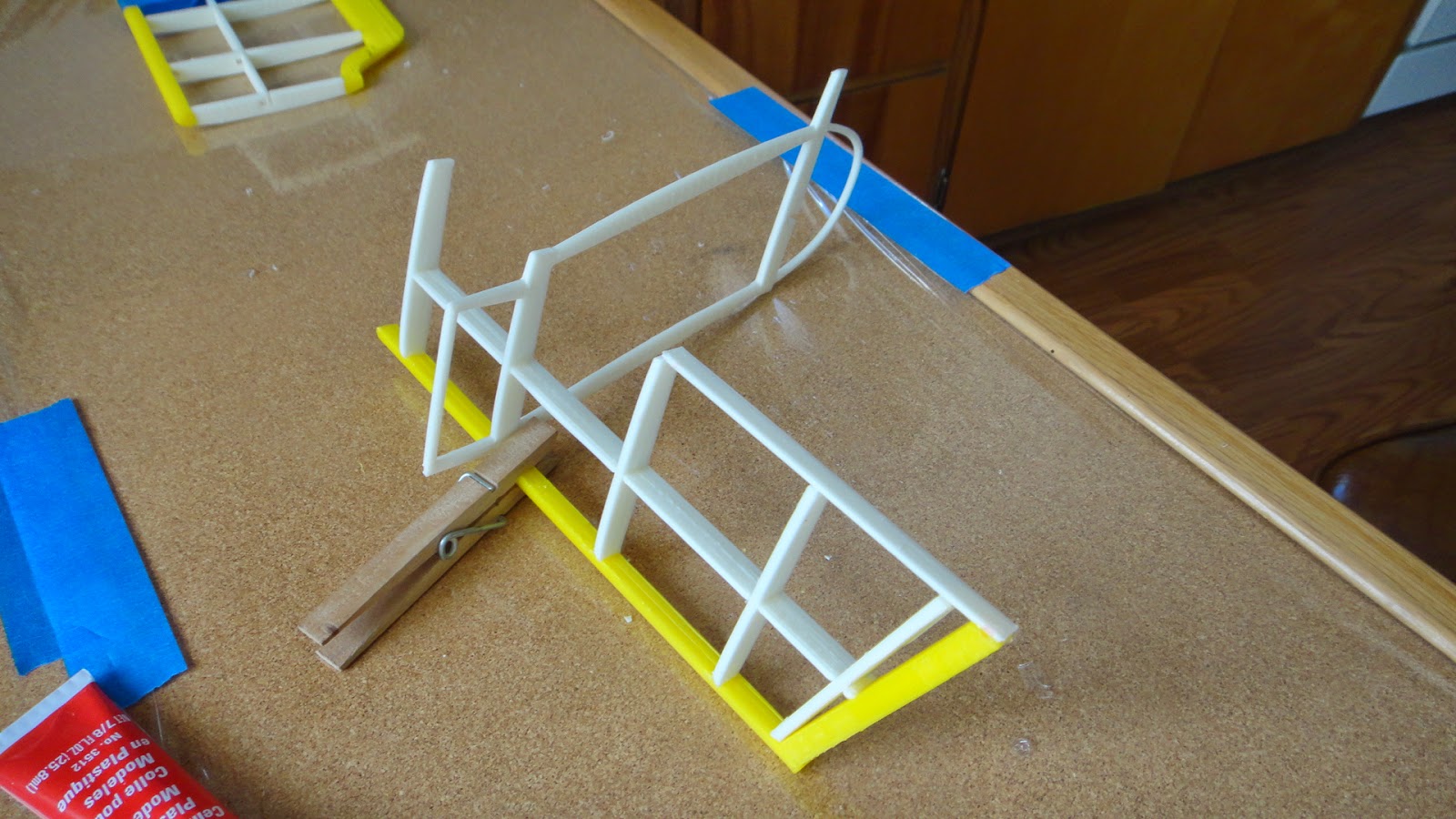 This outer section of the wing needed just a clothes pin to hold the part in the correct position until it too had dried. 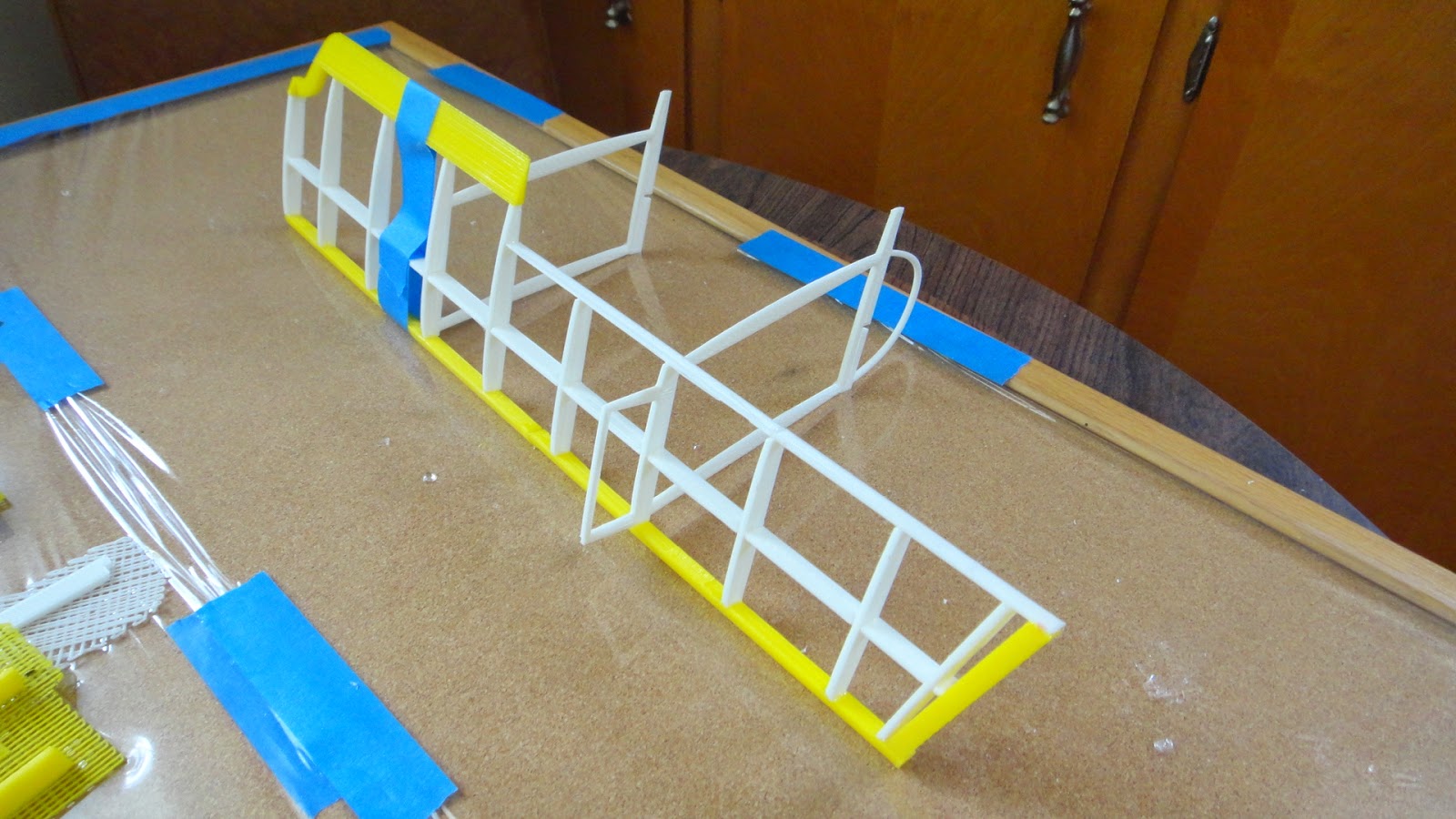 Once both sub-assemblies of the upper left wing had dried I had to figure out how best to join the two together.  The struts that extend down below the wing actually help solve this problem by supporting the entire assembly.  It was just a matter then of making sure the wing assemblies lined up with each other so the finished assembly would be straight when the glue had been applied and left to dry.  The plus side again in having the assembly work on the bulletin board is that I can move it from room to room if I have to and not disturb anything in the process.  This part of the assembly is a nice start so far and it looks promising to see it starting to take shape so quickly.  I'll let everything dry and will have to repeat the process for the right side of the wing.  A small mid-section of the wing will need to also be assembled but will not be as difficult to make as these assemblies have been.  I'll post more as the top wing gets closer to completion.
Posted by Dave Langkamp at 11:15 AM