The move into my new home has for the most part gone very smoothly considering all that needed to be done. The obstacles that  have shown up I've managed to take care of in short order. Plus the fact that I have not had to deal with snow up to my eyebrows that has yet to show up here in the Midwest is always a big plus this time of year.  So I am very fortunate to  having gotten so much done in only a weeks time.
The house is slowly becoming home as I am settling in and with the arrival of my new washer and drier today things are starting to shape up as I had planned. A few more pictures are being put up on the bare walls and finding the silverware to make breakfast is getting easier every morning.  So with all of this coming together the next step is to start looking into setting up the new Tinker's Workshop.  This will take some time as all good things do but in the end will be a vast improvement over the old workshop.
First off the old shop only had 180 square feet of workable space and that space had to house absolutely everything from scrap wood to snow shovels.  The new shop will have a grand total of 310 square feet out of the 1000 plus square feet of basement space that is available for anything I see fit to put into it. A vast improvement over the old badly crowded workshop.  As I said earlier, work needs to be done on the new space to make it a workshop and so I thought I would bring you up to speed  on what I am planning. 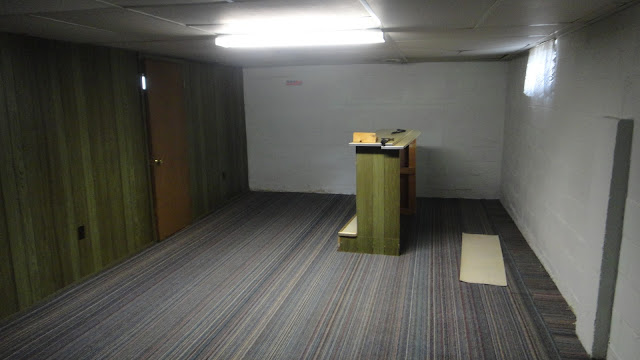 The sixties is still living in my basement space that will soon be  the new Tinker's Workshop.   Don't you just love the carpeting?   I already have a nephew that has placed dibs on the carpet and I will be more than happy to pass it on to him free for the hauling. 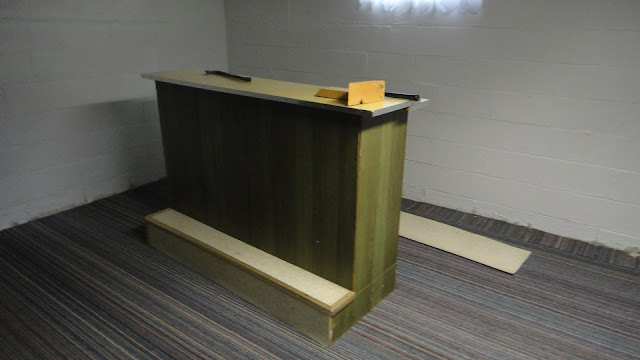 This rather ugly green thing is a bar that was left by the previous owners.  As I never will have a need for a bar nor would I want one in my workshop was the first thing that I dismantled and removed from the  space. 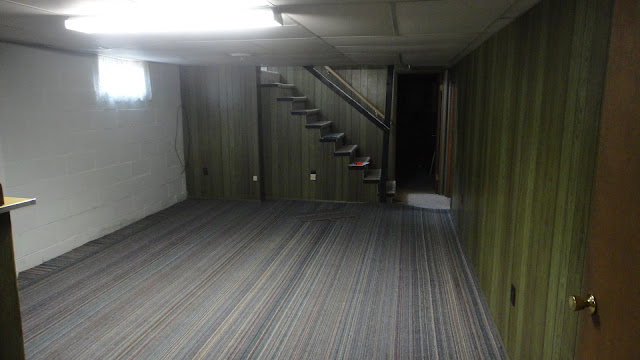 The stairway at the end of the room will be walled off and a door put into far right corner.  This will seal the room from the rest of the house. Also a lot more lights will be added to the space to brighten up this poorly lit room. 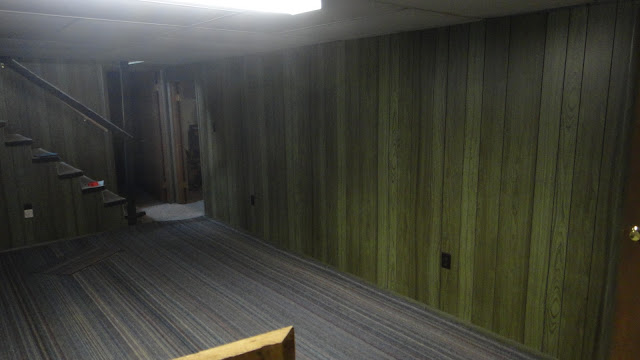 Another task on the to do list will be to paint the green paneled walls white.  Something that will again brighten up the room greatly and eliminate the 60's rec-room look. 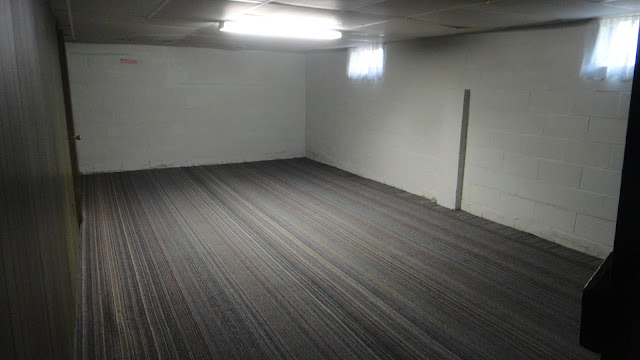 Now with the bar removed it already looks better.  I will have to add more electrical outlets to the space to power all the tools that I have in the shop.  The acoustic sealing will remain to help with the lighting and keep the space more tidy looking.  I will have to to some rearranging with the panels as whoever set up the ceiling thought they would try to be creative with the layout.  It simply does not work the way I want it to be so I will update this as well. 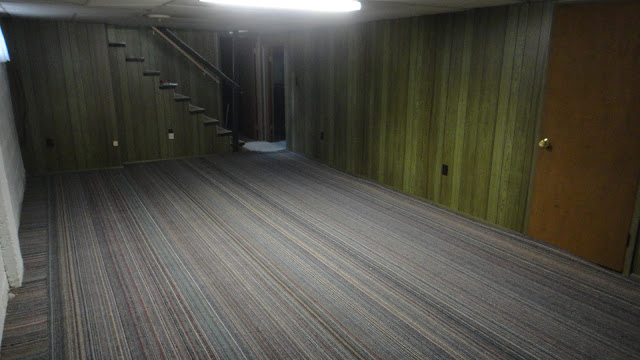 The single door to the right in this photo will be swapped out to have a double door instead that will be 60 inches wide once opened.  This will make moving large completed projects in or out of the shop a lot easier. 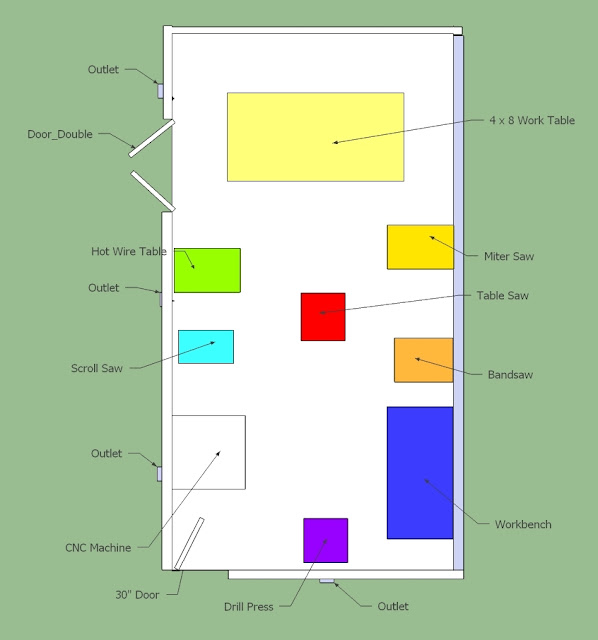 This image is what I have planned for the placement of the tools for the shop.  I wanted to close up the space to seal it off from the rest of the  basement.  This will keep the dust down from the remainder of the house.  In the image you will see the placement of the current power outlets.  It is obvious that what is there is not near enough to handle the tools that will be in the shop.  So now is the time to set up the new power layout as well.  This I will get together once I have finalized the new plan for the space.  If you have any suggestions about the layout of the workshop I would be more than happy to hear from you.  I have shifted things around several times already and thought this layout would work well.  I could be wrong of course so I welcome any input that you have to offer.  I will keep posting the progress of the new build as I set up the improved workshop and let you know how it is all coming together.

Posted by Dave Langkamp at 7:58 PM