A Devastating Fire At The Tinker's Workshop

Two AM this morning I was once again woken from a sound sleep.  This time not by a loud boom which had wiped out more than half the garages next to my house by a drunk driver but someone pounding on my door.  I rushed down stars with the house brightly lit up for some reason.  I opened the front door to find a police officer telling me that I needed to get out of the house this instant because the wrecked garages next to my house were now on fire!  I grabbed some clothes, shoes and my jacket and was out the door in a minute to find the garages ablaze with flames as tall as my two story house.  There was no luck on my side this time as the fire had finished the job that the drunk driver had started three weeks earlier.  (See previous posting).
I have lost my mint 2008 Honda Goldwing motorcyle, a custom build recumbent bicycle, a custom designed and built cargo trailer fully loaded with all of my camping gear and my fifteen foot custom built take apart three section kayak.    Also in the fire was my 2008 Mini Cooper Clubman S turbo which has yet to be determined if it will be able to be restored to it's now former glory.  At this point I would be surprised that it too will not be written off as being totaled.
I stood on my neighbors lawn this morning shaking from the shock of seeing all that I had worked for burn to the ground in a matter of minutes.  Even my house had not been spared as this to has taken fire damage with the melting of the siding facing the fire.  It did not help a whole lot that my house was only six feet from the burning building. 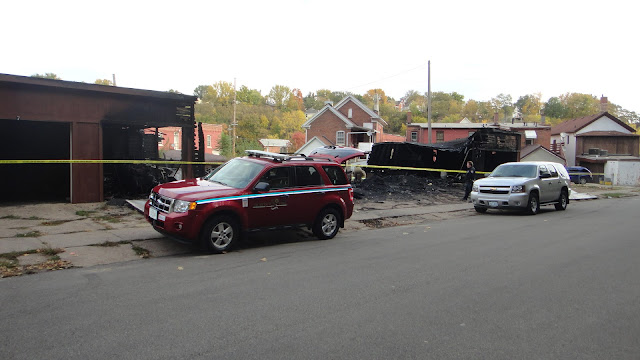 This photo was taken around 9:00 am this morning.  The fire inspector is already on the job sifting through what is now a pile of rubble to find clues as to how it all started. 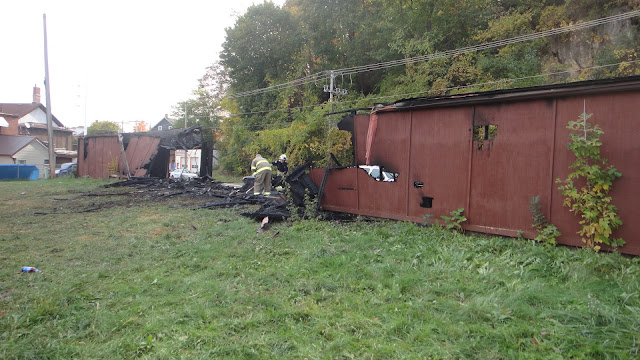 This photo is the back of the garage which faces another set of garages on the lot.  Not much left of the building for sure. 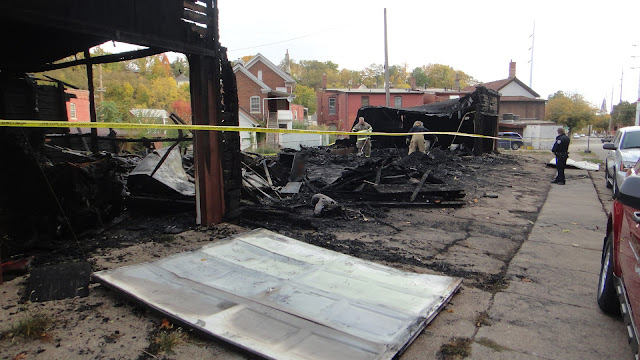 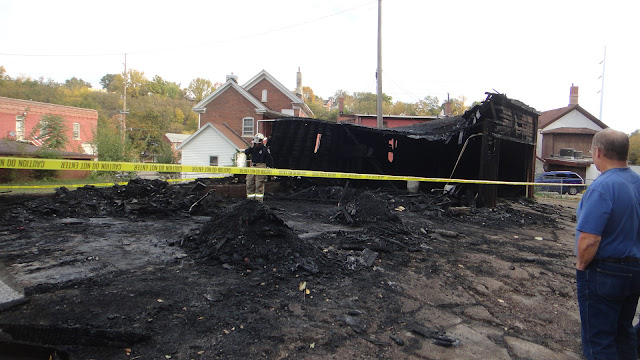 The fire inspector and another crew worker looking at what is left. 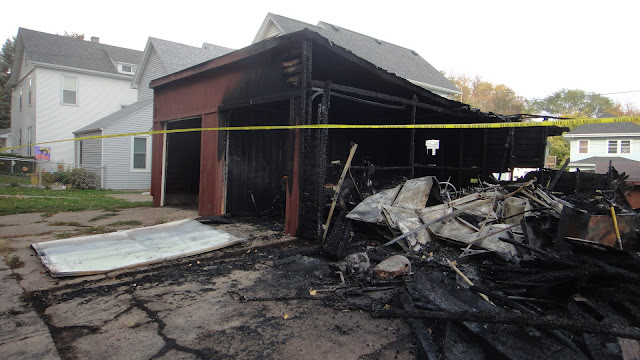 This is what is left of my two garages that are closest to my house.  Nothing is usable anymore. 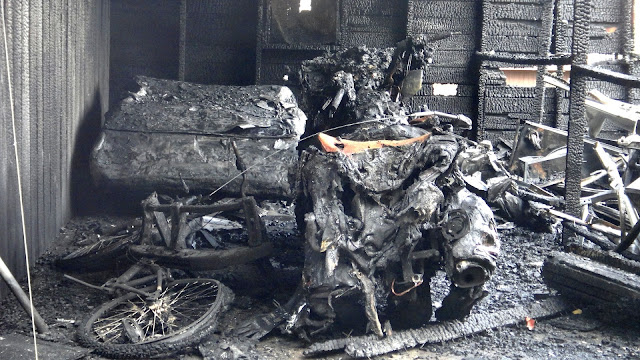 This is what is left of my Honda Goldwing (center right of photo). The bicycle wheel is all that remains of my custom designed and built recumbent bicycle (Left front).  In the left rear of the photo is the charred remains of my once beautiful motorcycle cargo trailer. In the upper right of the photo is where my three section kayak stood.  Now you can't even see it.  It has totally been destroyed along with everything else in the garage.  Check out my completed projects section of my site here to see what everything looked like before it was destroyed. 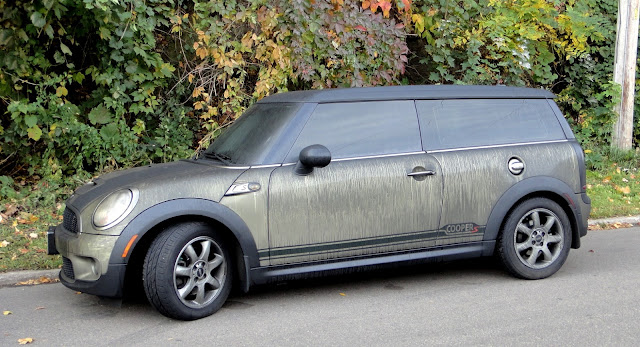 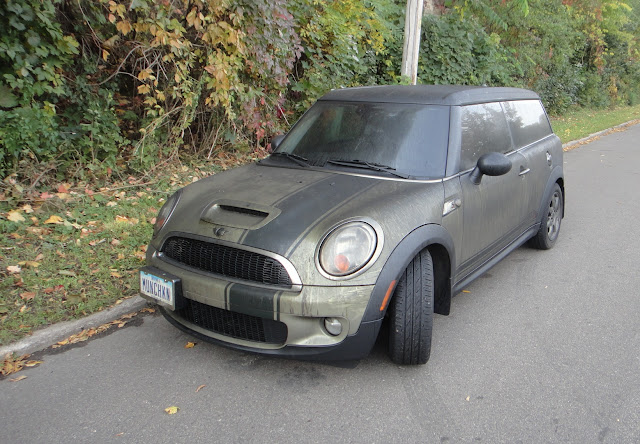 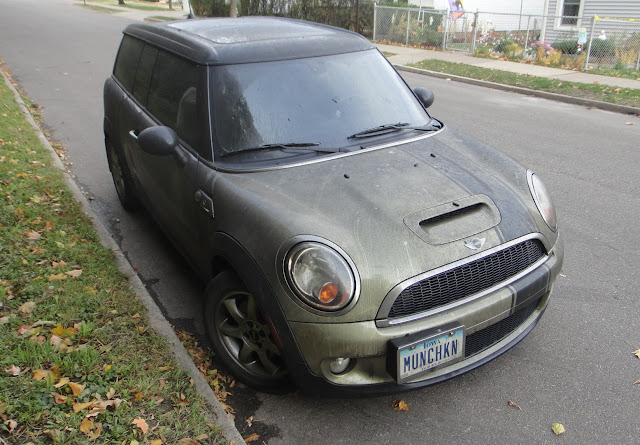 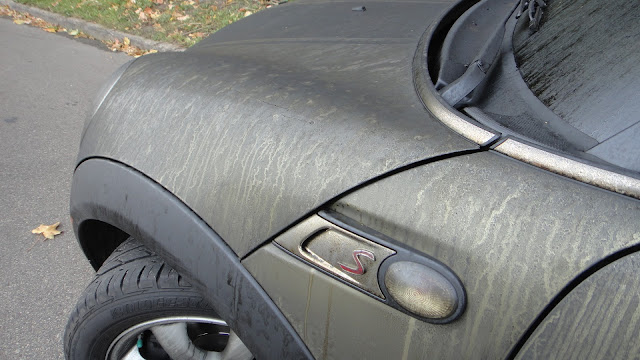 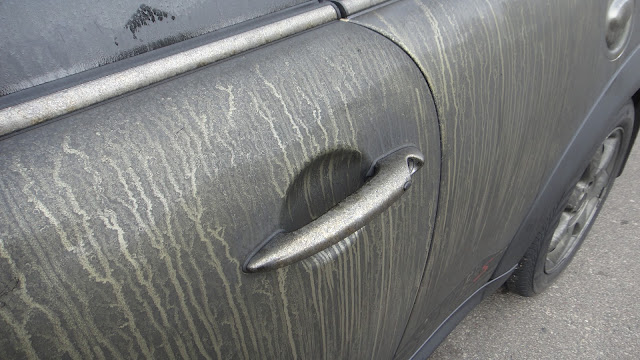 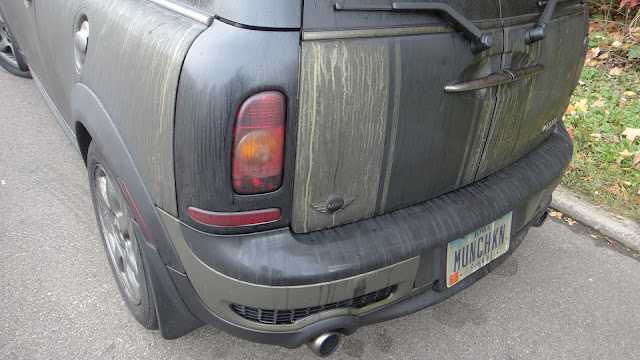 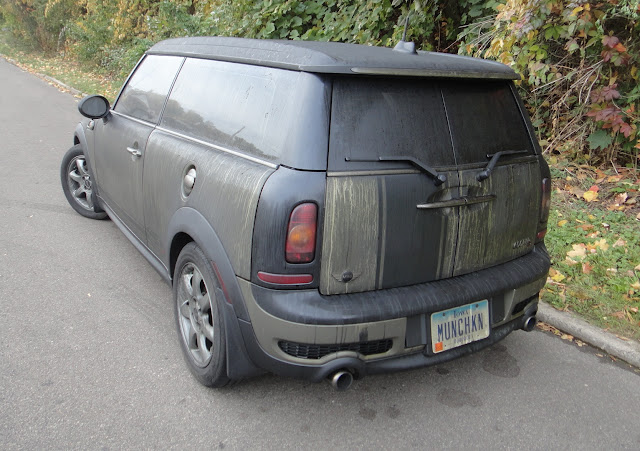 This is what is left of my Mini Cooper Clubman S. I drove the car out of the garage but the interior stinks of smoke.  The exterior also smells of smoke. It also looks and feels like it was sprayed with an oily tar solution.  At this point I am not sure the car can be restored.  Just will have to see what the insurance company has to say when they show up. 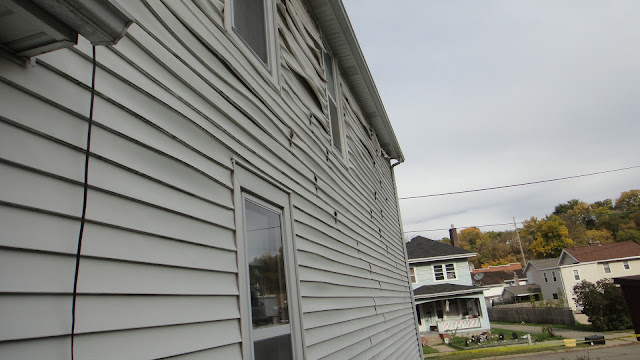 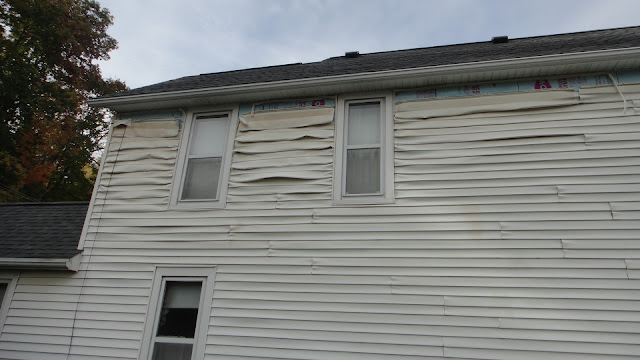 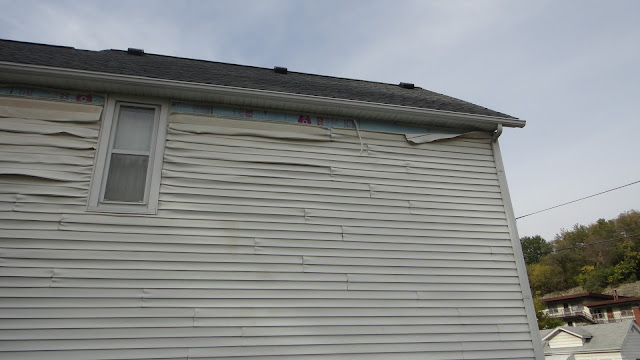 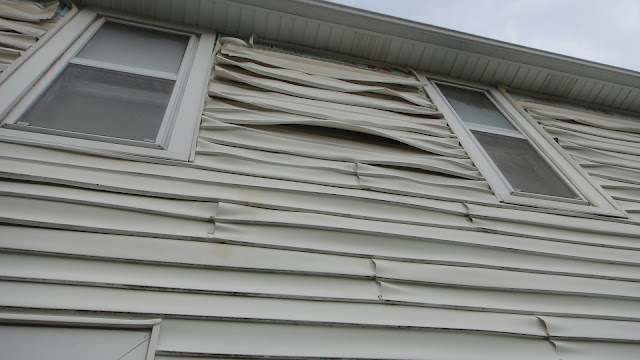 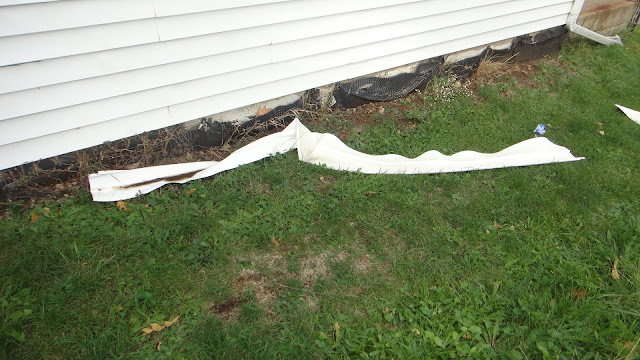 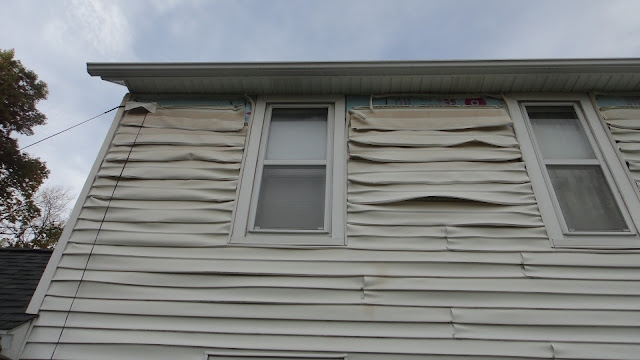 The house looks pretty bad with all of the vinyl siding warped out of shape from the heat of the fire. The good news from this disaster is that my house this morning is still standing.  A bit worse for wear than the day before but still standing and I still have a roof over my head.  The damage really is slight considering how the garage ended up.

The insurance company has been called, the fire inspector is on the job, and the Police have my information.  There is no doubt in my mind that this fire was the work of an arsonist.  If they ever find out who did the torching it will be a real miracle to say the least.  For now I have to pick up the pieces and put things back together again.  Needless to say it has been a very long night and I am sure all will be ok again over time.  But for now the shock of it all will take some time to wear off. Wish me luck.