Up until last weekend I thought that this project had been one of the easier projects that I have worked on in a while.  I had to correct myself when I tested the new wind deflectors on the dune buggy. 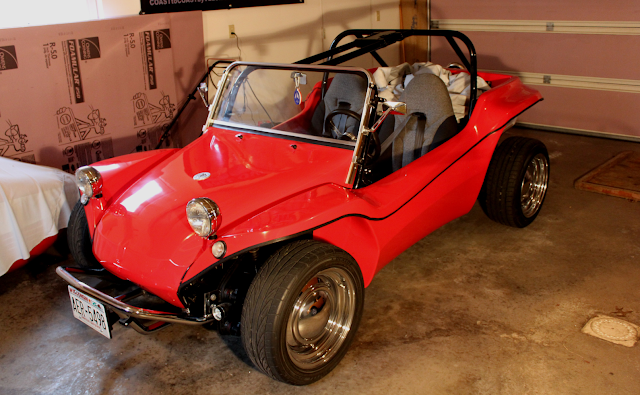 I took this picture of the dune buggy in my garage to show off the new wind deflectors. Hard to believe that they are even on the car by looking at this photo, but they are there.  Actually kind of nice that they blend in so well with the rest of the car. 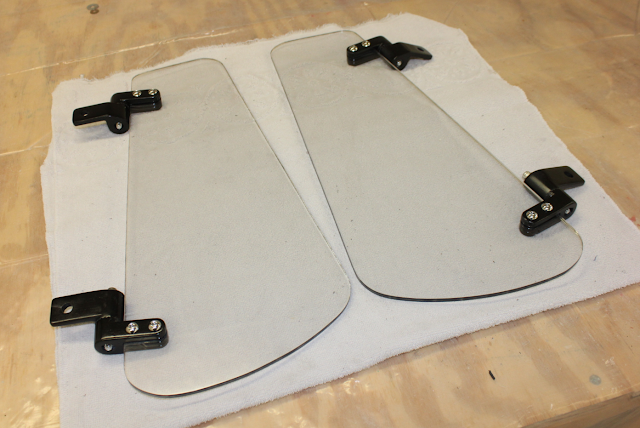 This is what the deflectors look like with the mounting hardware installed on them. This part of the project went very well as there were no issues in getting the 3D printed parts mounted to the polycarbonate pieces that make up the deflectors.  The polycarbonate by the way is .21 of an inch thick and is very strong and stiff.  I think they will do the job very well. 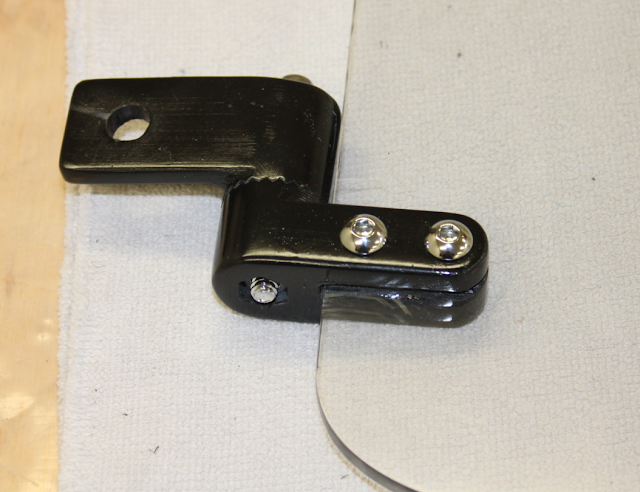 Here's a close-up view of one of the mounts for the deflectors.  I 3D printed the parts with a 60% infill which again is very strong and solid. The upper portion and bottom portion of the mount have teeth that mate to one another so that the assembly will not rotate when it is mounted to the dune buggy. This gives the assembly also the capability to be able to change the angle at which the deflectors are installed on the car.  Something that can be done without completely taking them off of the dune buggy so that is another plus in the design.

It took around 20 hours to 3D printe the mounts for the deflectors. After sanding and painting these parts the total time came up to 22 hours.  Then cutting out the polycarbonate, drilling holes and sanding edges smooth took anothe hour or so.  Total maybe 24 hours after you include assembly. 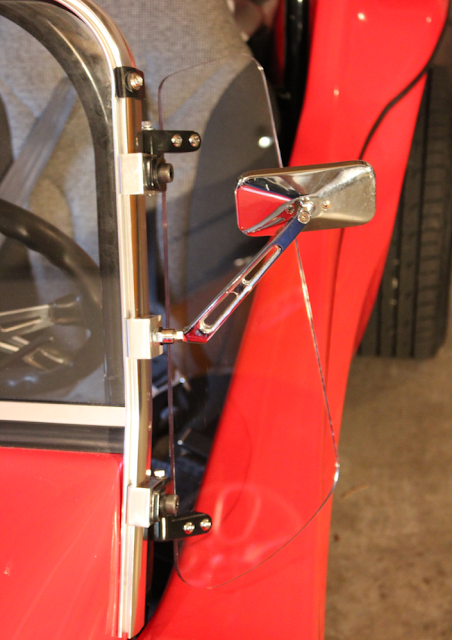 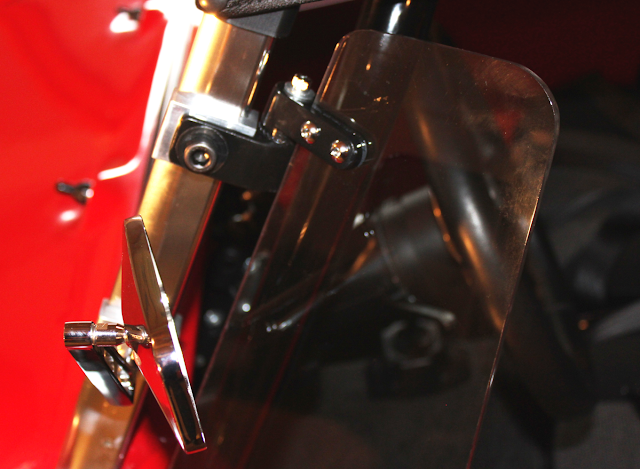 This is a good view of the upper mount for the wind deflector.  With all of the black parts that are in the car the mounts again blend in very nicely. 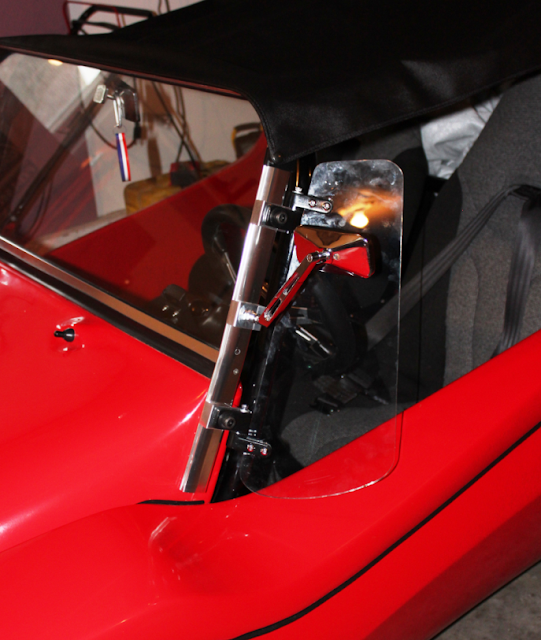 I had to put the roof on the dune buggy to make sure that I did not have the wind deflectors up to high. The installation on the car I had figured out ahead of time as the aluminum mounts needed to be installed first. I mounted the upper one first, then placed the wind deflector on to the mount with a mounting bolt.  This showed me exactly where the lower aluminum mount needed to be placed.  I placed a piece of tape on to the windshield frame where I thought the lower mounts should be installed and removed the wind deflector.  I thought it would take me several tries to get the lower mount to line up correctly but I got it set-up after only a couple tries. 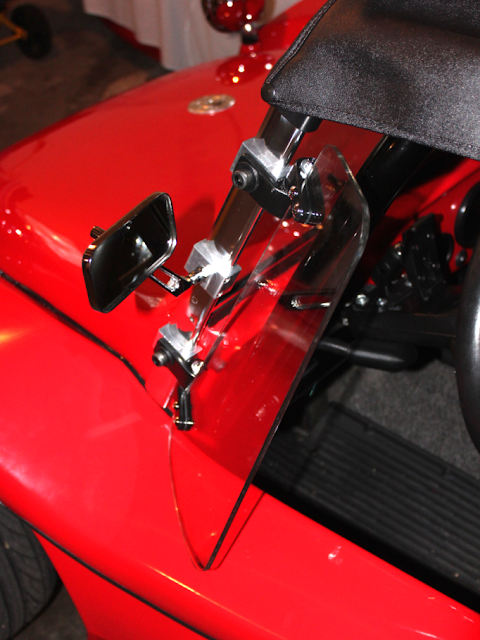 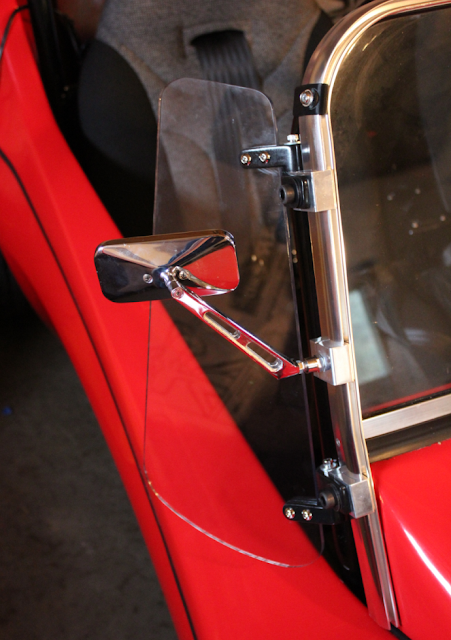 In the photo above you can see the passenger's side wind deflector already mounted. To get it in exactly the same position as I had mounted the driver's side I took a piece of tape and marked the spacing between the upper roof mount and the upper wind deflector mount on the driver's side. This I then transferred over to the passenger's side so that I had both deflectors perfectly matched as far as there positioning goes.

Up until this point in the project I had not been able to take the dune buggy out and do a test run with the new deflectors to see if my design would work properly.  They did and they didn't to put it simply.  The new deflectors made a nice difference in driving the car until I had encountered winds last weekend that were gusting to 28 mph. Not a good thing even if I was not testing the new wind deflectors.  I was driving around 55-60 mph. So factor in a 28 mph wind gust to that speed and now you have as much as 88 mph winds hitting the deflectors. 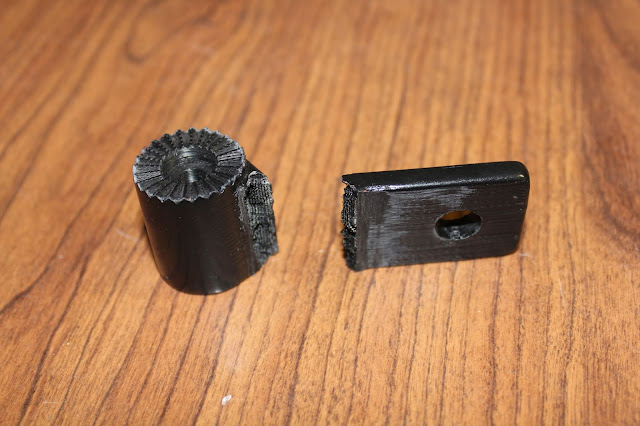 This was the end result of such high winds. The lower mount on the passenger side of the car broke and the drivers side cracked.  I simply had not thought about dealing with high winds. Back to the drawing board. 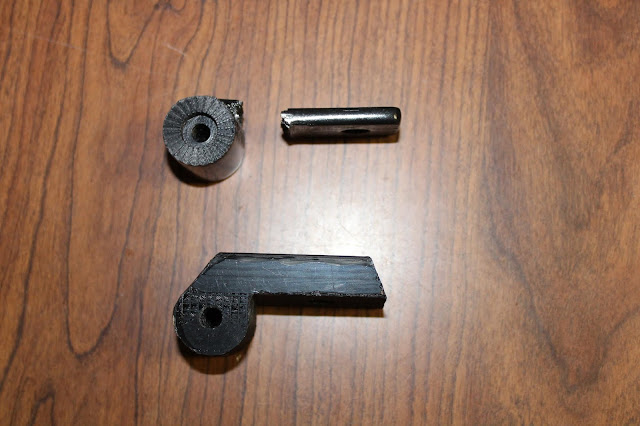 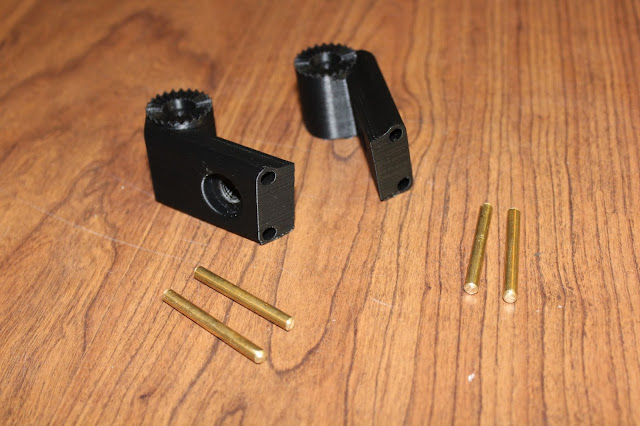 Also with the new design I installed holes in the parts that will have brass rods inserted into them to add additional strength. This will stiffen the mount up further so it will have a better chance of withstanding the winds that I had encountered on my first test run. 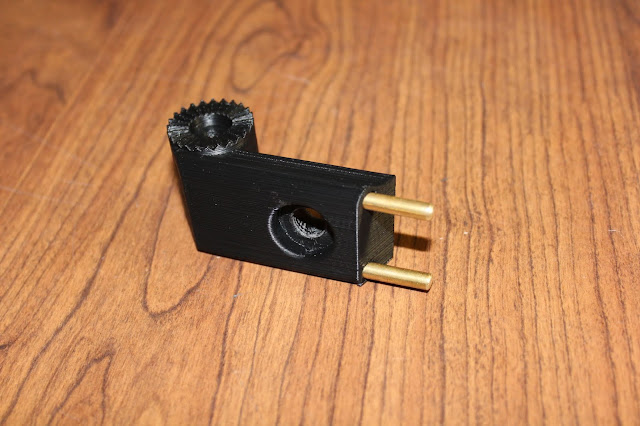 I will sand the new mounts down and prep them again for paint then do another test run hopefully on a less windy day.  The high wind gust may have turned out to be a good thing that happened so that the wind deflectors will be stronger and safer in the long run.  I think this new design should be exactly what I will need to put the finishing touches to the wind deflector project.  I'll let you know after I get the new parts installed on to the dune buggy and get to test them once more.  Keep your fingers crossed.

Posted by Dave Langkamp at 9:50 AM