As with most of my Blender 3D projects I usually get into creating something new while waiting for parts for another project to arrive by mail or for assemblies to dry during a project that is in the workshop.  This once again is the case with another very sexy looking car named the Lancia Stratos HF that I have already started work on. 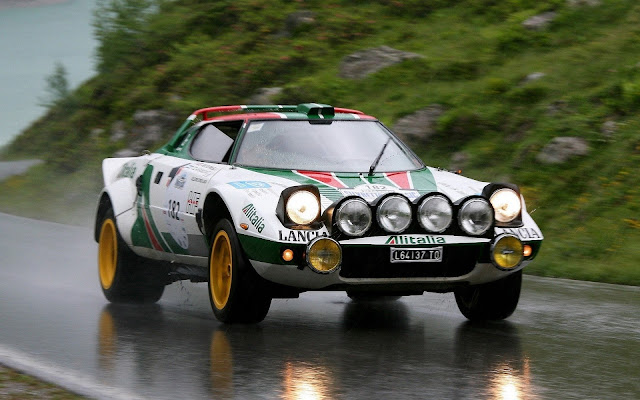 The Lancia Stratos HF, widely and more simply known as Lancia Stratos, is a sports car sports and  rally car made by Italian car manufacturer Lancia. The HF stands for High Fidelity. It was a very successful rally car, winning the World Rally Championship in 1974, 1975 and 1976. 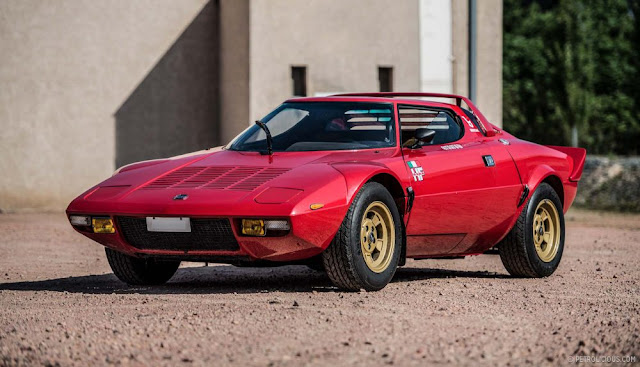 Only 492 cars were ever produced but in later years after production ceased various manufacturers of kit cars made copies of it for guys like me.  Not that I still would turn down the opportunity of owning an original one or at least a replica of one.  So this is my current Blender endeavor. 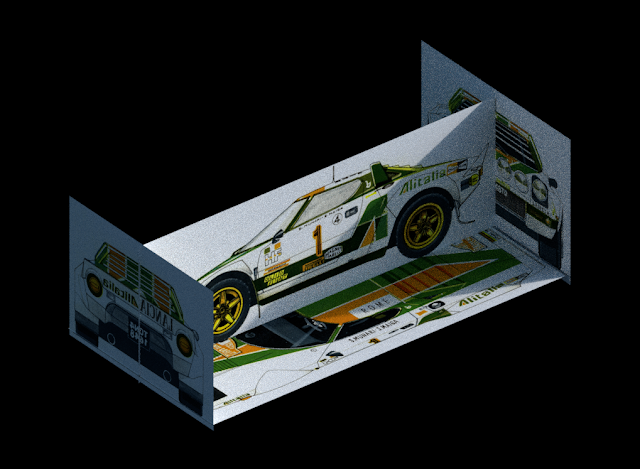 With all of the vehicles that I model in Blender one of the first steps other than tracking down good images of the actual vehicle is to set up the layout that you see pictured above in Blender.  This layout consists of a side view, top view, front and back views of the vehicle.  To get these views I go to Google and search under car blueprints.  There are several sites that have free blueprints so I was lucky enough to find the Stratos in one of the them. I set up the images in Blender as shown above to line up and scale each of them together to get the right proportions in making the Blender model.

Shown above is the front of my Blender Lancia model.  Already it is taking shape pretty well and I'm happy with my efforts.  I usually start with the more difficult sections of a vehicle to get them out of the way and the front end didn't end up being as hard as I thought it would be so that is always good. This Blender project should be another challenge as usual but a fun challenge.

That's about it for today.  I will keep progressing on this project and keep you up to date on this and other projects that are in the works once I start getting parts made, painted, or just plan planned out.  Have a good day in your shop as well.