When the dusts settles in my workshop from finishing a project I usually  can be found elsewhere creating something new on my computer using Blender 3D.  This is the case with the creation of a concept car that I originally drew a little over four years ago. At that time it was just a 2D image that was a spark of inspiration and so the idea was born to change it to a 3D model. 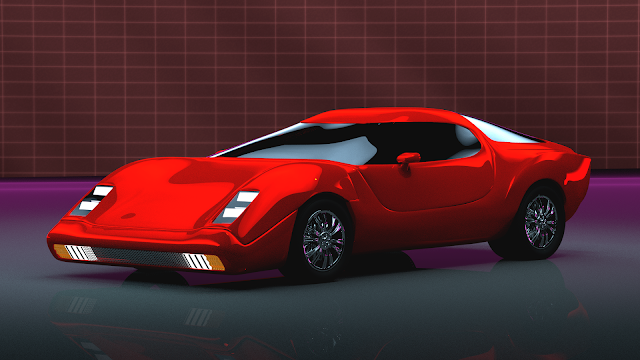 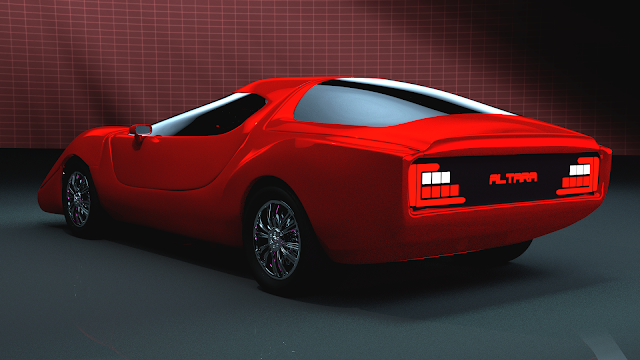 Here are a couple of the completed images of the Altara concept car that I managed to put together over the past couple of weeks.  But before we get into more details on what you see here I want to show you where it all started and then the process of how I got to where it is now.

I liked the shape that I had come up with the time I put this image together but after looking at it again changes were the order of the day to make it just a bit more refined and workable as a 3D model.  The wheels needed to be changed first as what I have here was way to simple of a design.  So it was added to my growing list of what needed to be improved. 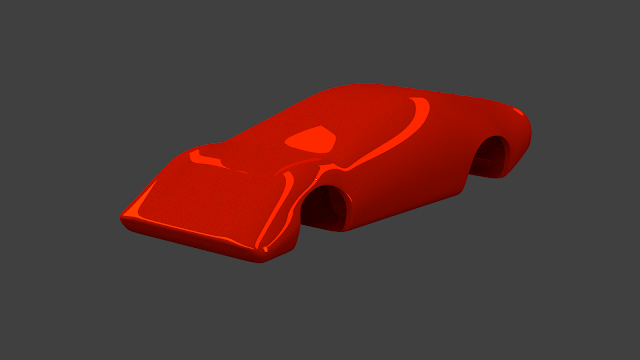 Having only a side view of the car to work with I needed to flesh out the rest of the body in Blender 3D to work out the front, rear, and top of the car to my liking.   Even the openings for the wheels needed to be tweaked a bit but at least the body at this point was taking shape. 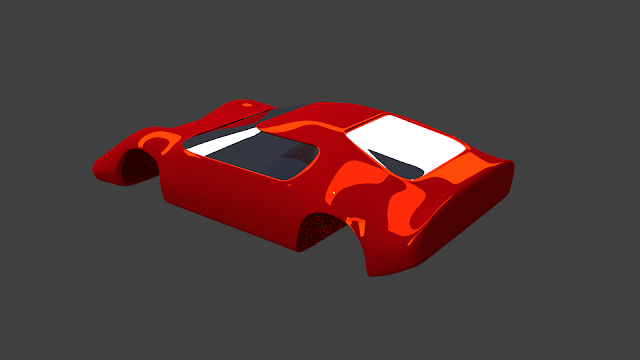 Following cues from my original 2D drawing I started putting in the openings for the windshield and the rear window.  It was a start but everything that I added at this point was just to get an idea of what would actually work and not work in the real world.  I realized early on that I had a long way to go with the model. 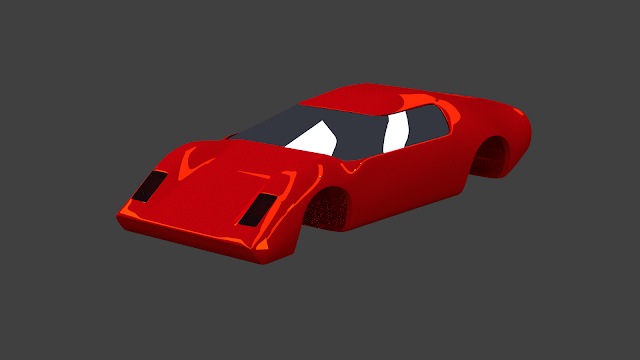 Next I cut the openings for the headlights and refined the front hood of the car.  This was not terribly difficult and so progress was being made and I was encouraged that the design was possible at this point. 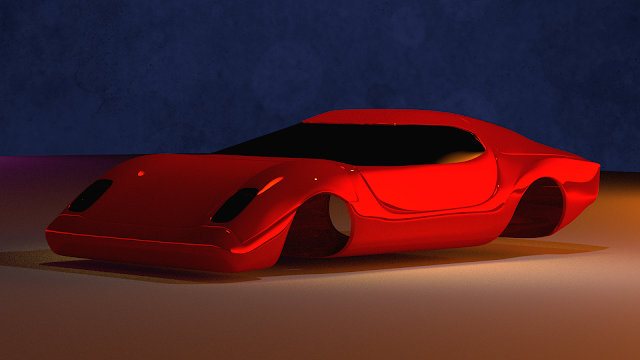 Early on I start playing around with lighting of the car to see what I can see when I put the body together.  In the image above you can see the seams for the front hood, canopy and the rear hatch. I also started looking at headlight covers at this point. 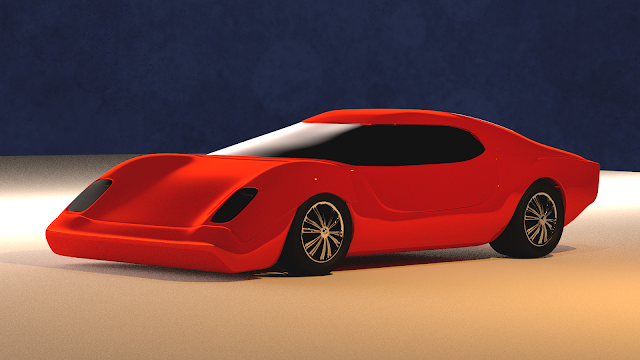 At this point I added the tires and some rims to the design.  I kept the body height the same as the original 2D drawing and this was the result of that decision.  Not good to be sure.  The body looks nice and sleek but the tires look too small and unusable in the real world.  The front tires are not believable in the fact that the wheel opening is way to small for the tire to be able to roll much less turn.  More work changes to my list was in order. 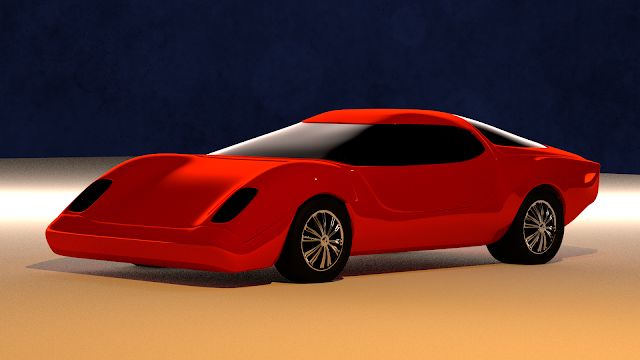 At this point I raised the car up to give the wheels more clearance and enlarged the wheel opens to something that looked more proper. The wheel rims were close to what I was looking for but the centers were to small and there was no bolts holding the rims onto the hubs.  More items for my list of changes. 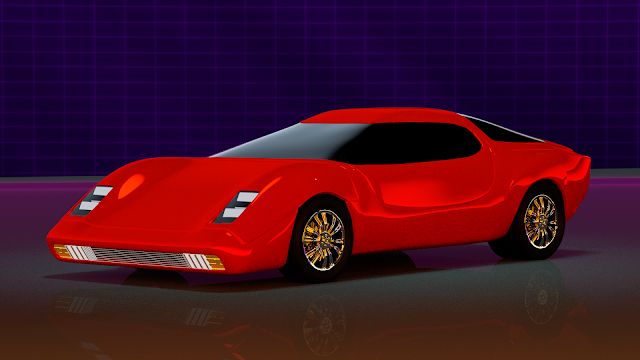 The next step was getting the wheels and rims more correct looking.  I enlarged the center of the rims and added the nuts for the hubs.  Also I added a disc brake inside of the wheels rather than have it all blacked out by the lighting. On the front of the car I added a grill, running lights, signal lights and headlights. 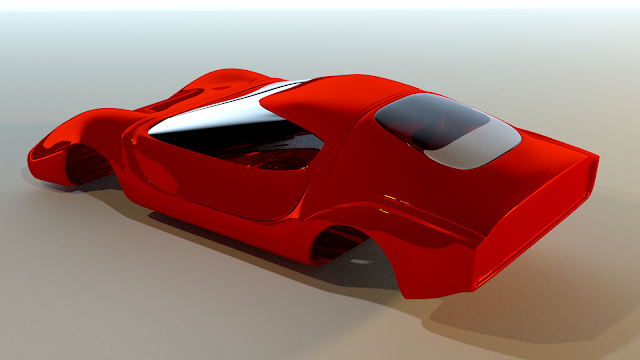 This next series of images gives you good views of the car body from the rear.  Taken from the original drawing is of course the body itself, the rear body quarter panel with the top arch and the rear window. 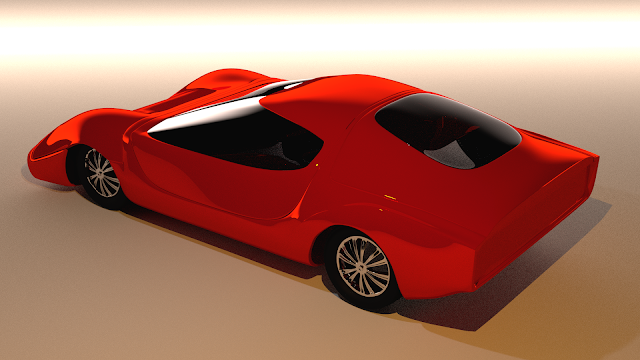 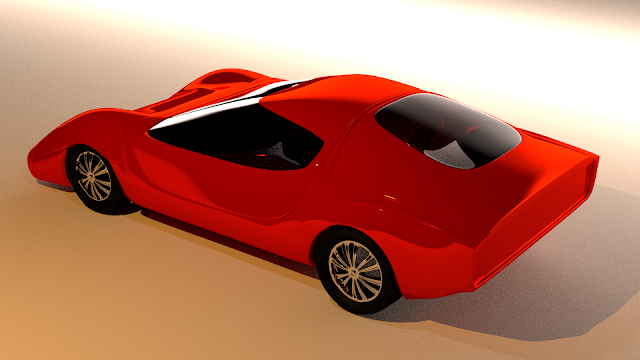 I moved the wheels outward at this point which worked out very nicely but the wheel openings are to small as I said earlier in the post. 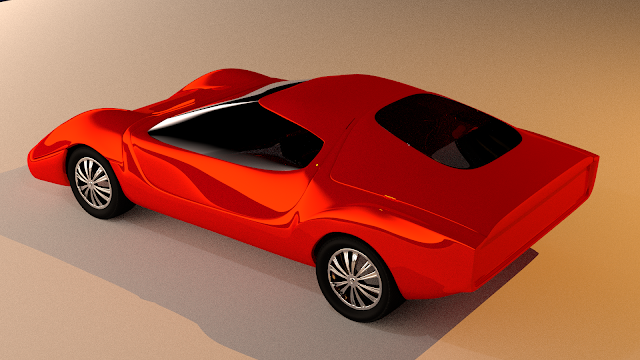 Finally I have the wheels and opening corrected with the right body height.  But now what stuck out was the rear window.  Way to small!  It would not do.  So that would be the next step. 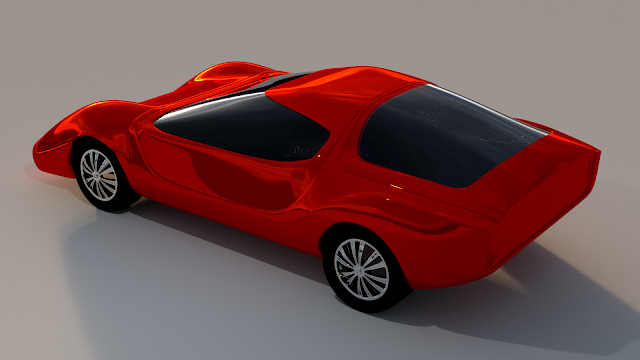 I proceeded to make the rear window larger and with this process it cleaned up the entire look of the rear of the car. 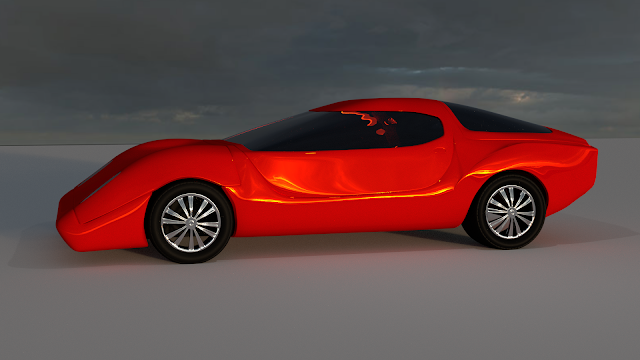 This is a good look at the side of the car before I finished off the wheels with the disc brakes.  I like the rear window and roof line now with the larger rear window.  Much more believable. 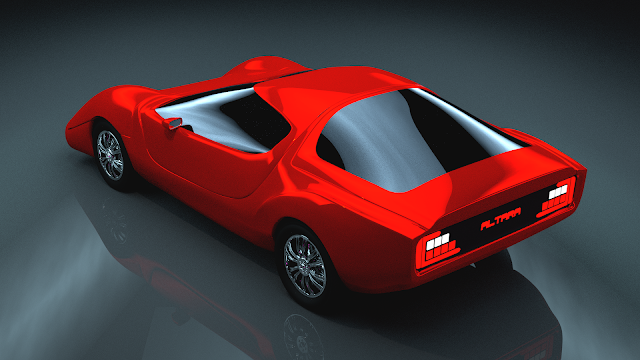 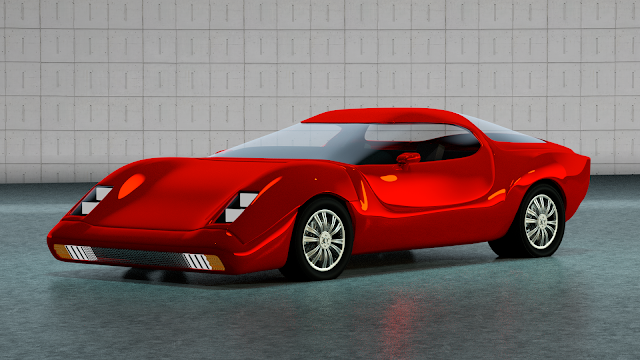 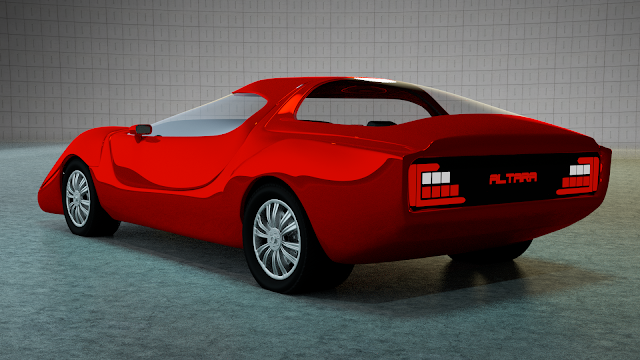 Lastly I changed the glass in the car to clear instead of gloss black.  This made it look much more like a vehicle instead of just a model of one.  I still can put a lot more detail into the car by finishing out the interior with all the it needs but for now this will do nicely. Enjoy the images. 😀