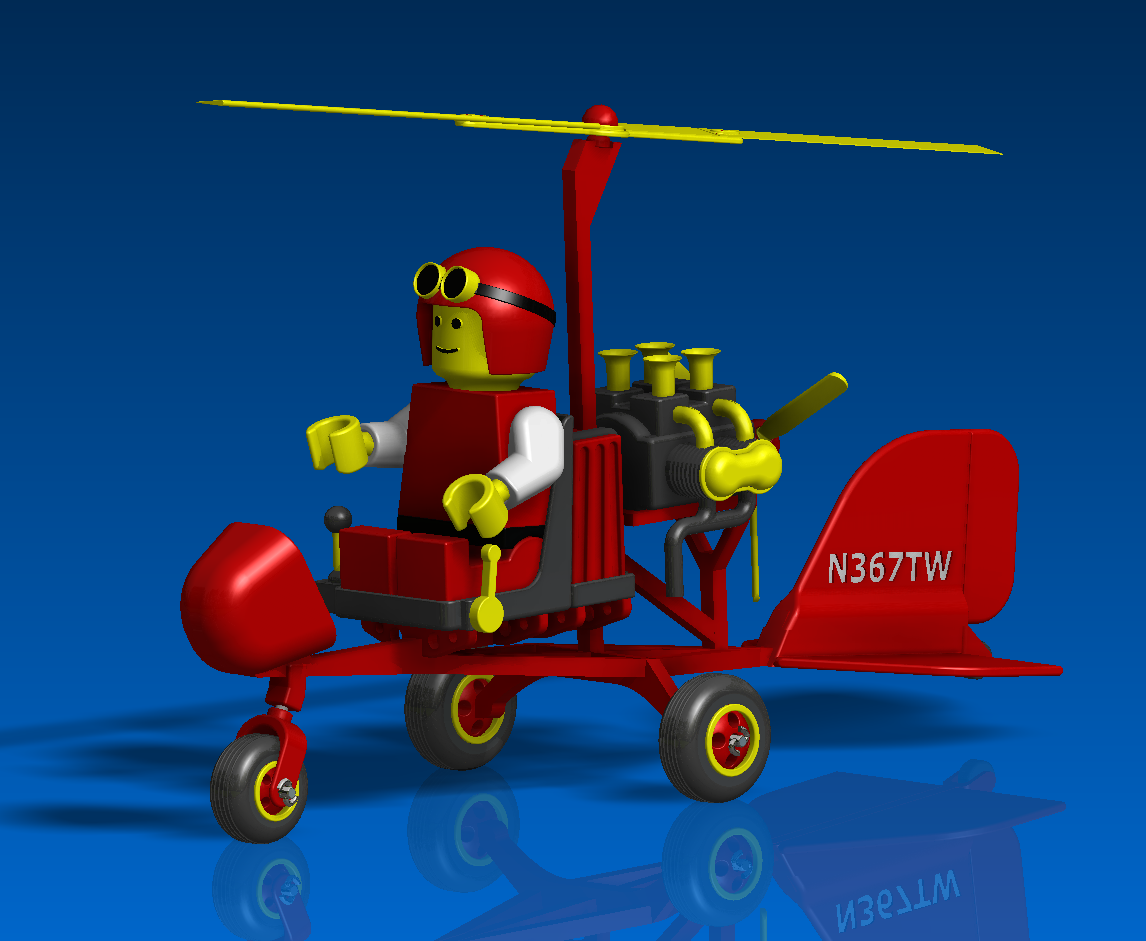 The hours have been adding up quickly now with the progress I have been making on the Giant Lego Man Gyrocopter project.  I thought it best to get these photos out to show you how it is all coming along. 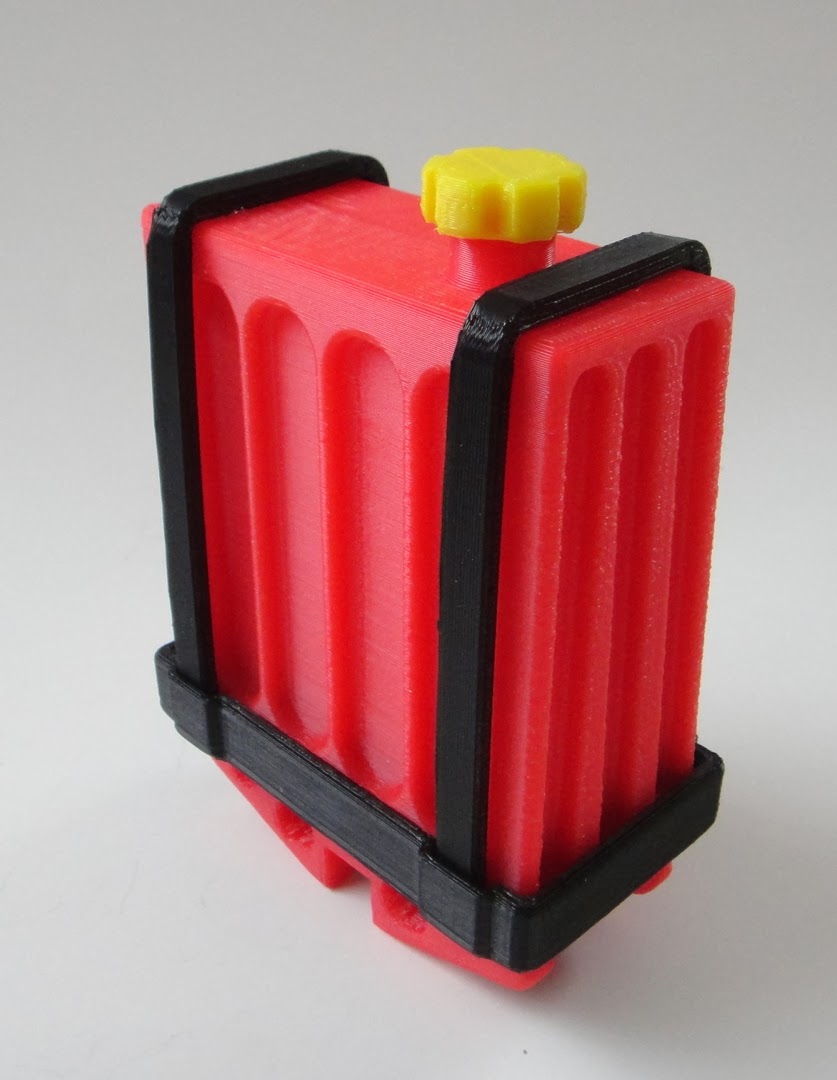 This is the fuel tank assembly that will be mounted into the gyrocopter just behind the seat.  The entire assembly measures 2" deep, 3" wide, and 4" tall.  I like the detail that is in the fuel tank of the recessed portions of the tank along with the little yellow fuel cap. 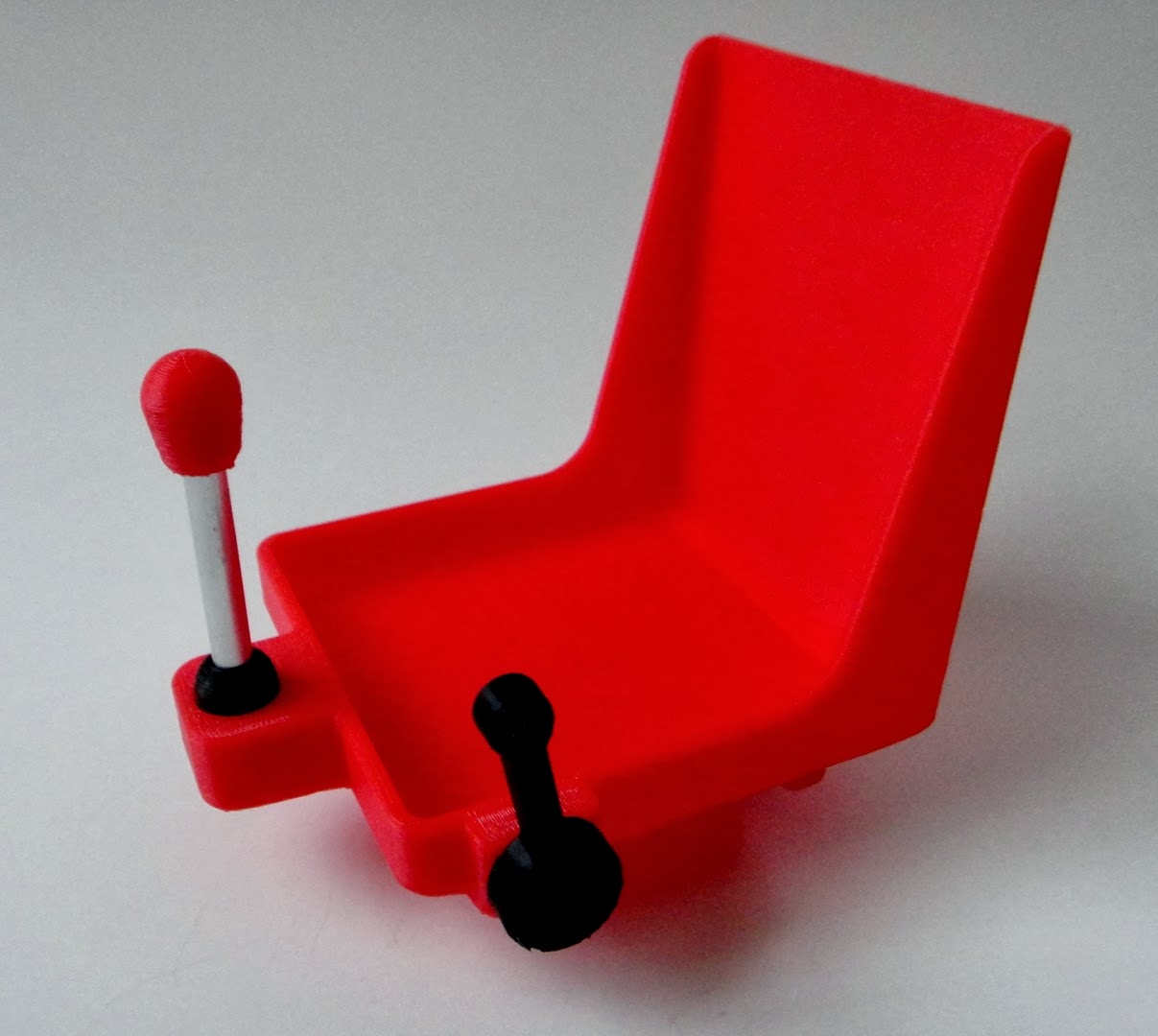 Here is the seat assembly ready to be mounted on to the main frame of the gyrocopter.  I had moved the control stick to the center in front of the pilot instead of it being mounted on the side like the black throttle handle that you see here.  The recessed area of the seat is designed so that the Lego pilot will not slide off of the seat when he is in position.  Dimensions for the seat assembly are 4" wide, 4.5" long and 5" tall.  So as you can see from those numbers the entire gyrocopter will have some big overall dimensions.  I like this fact because it it easy to get some nice detail in the individual sub-assemblies. For example.... the control stick is made from three separate pieces with the main shaft being aluminum.  Gives the stick a nice look. 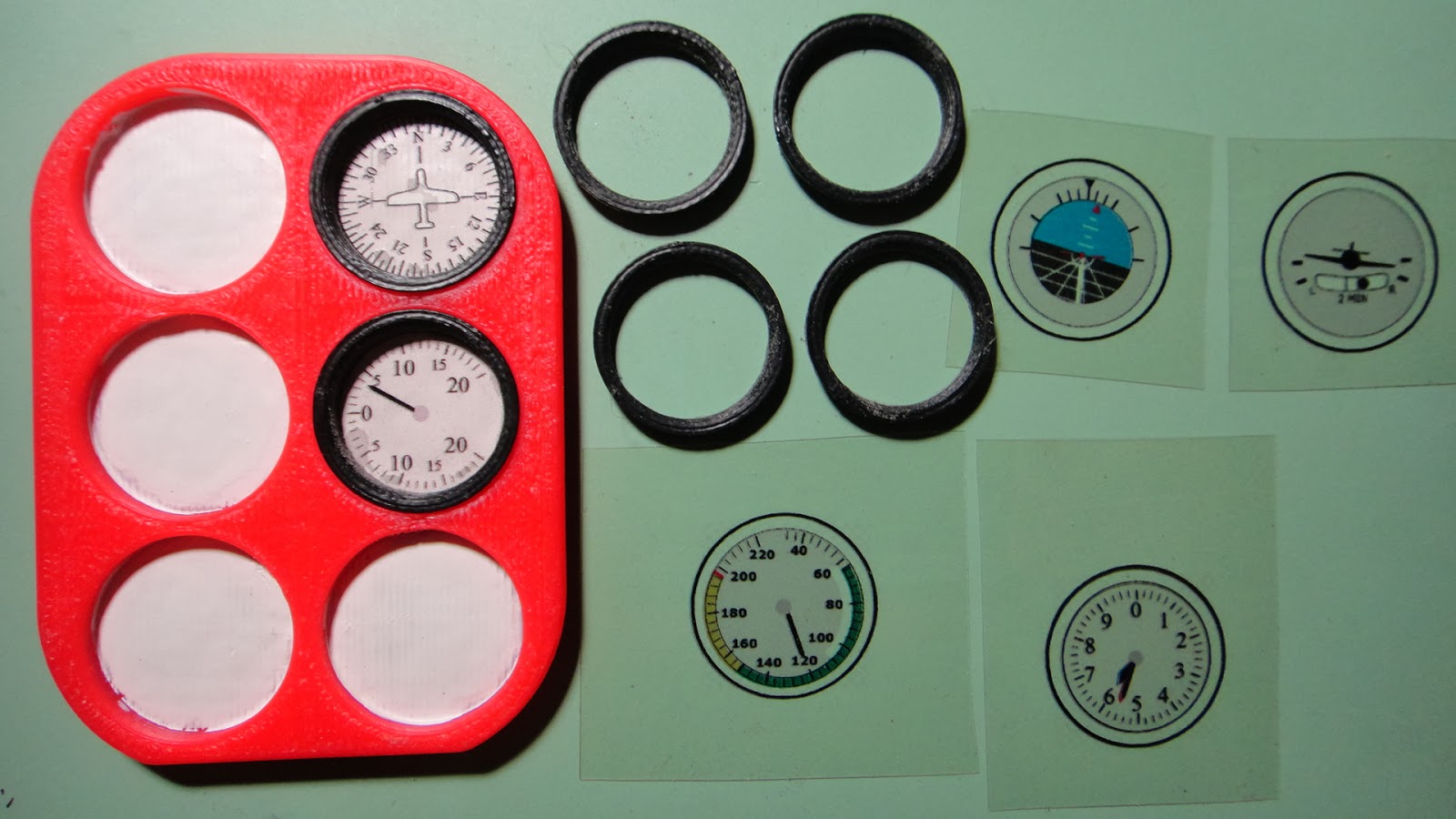 Speaking of detail this photo shows all of the components that make up the instrument panel for the gyrocopter.  The panel on the left is 2" x 3" in size with six 3/4" recessed circular areas for each aircraft gauge.  These areas were painted white to start.  On the right side of the photo you can see some of the gauges yet to be cut out for the panel.  The images of the gauges were copied into my computer and then scaled down to 3/4" each in size and printed in reverse on to plastic that is used in an overhead projector.  Once the gauges have been cut down to the correct size they are inserted into the recessed areas of the instrument panel face up.  With the printing done in reverse the ink of the image is on the inside of the gauge instead of the outside face where it could be rubbed off over time. The black rings are then inserted on top of the plastic image to hold it all secure. 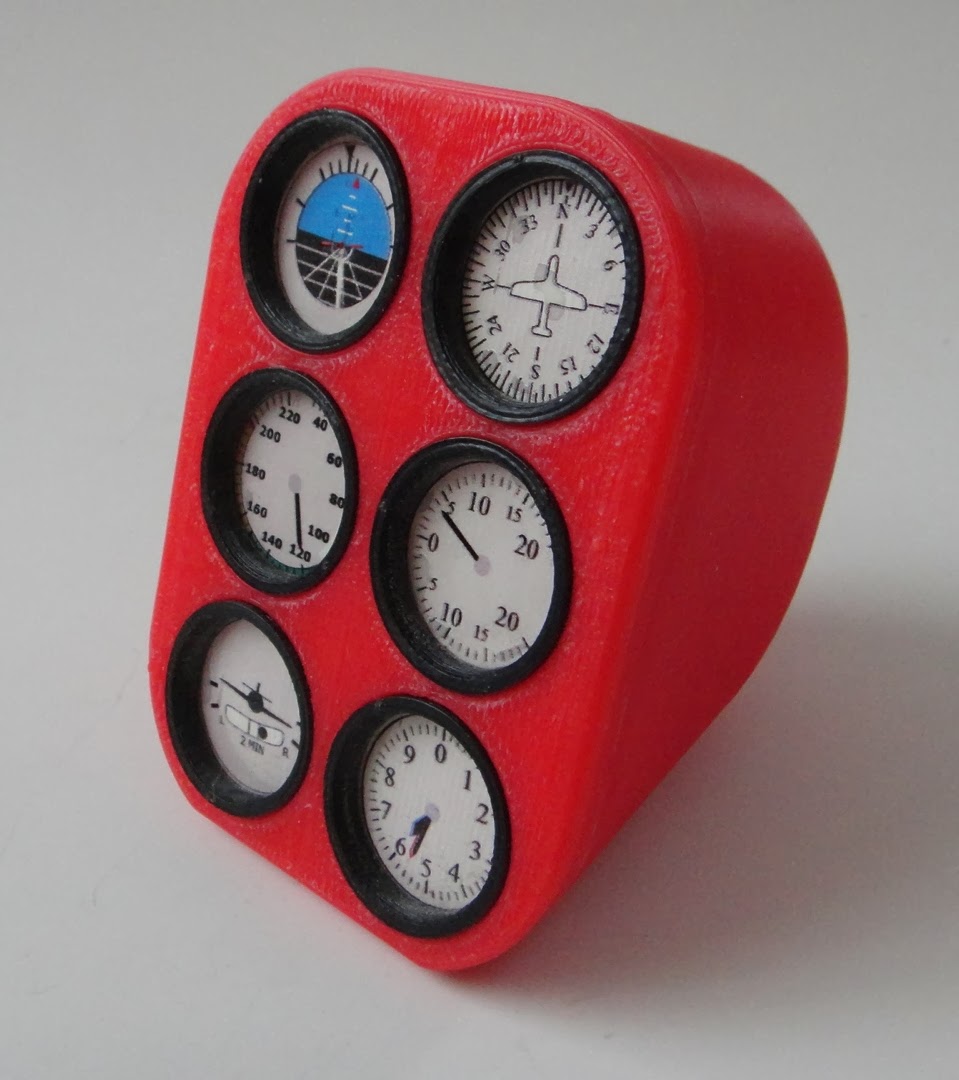 A great look for the instrument cluster once it has all been put together.  The face of the instrument panel was then glued on to the instrument pod to complete the nose section of the gyrocopter.  This process I will keep in mind if I ever make another model that will need gauges as the look is perfect for this application.
The gyrocopter at this point is nearing completion but I will hold off at this point in showing that completed assembly until I can get the Lego man pilot 3D printed and assembled.  You'll just have to wait for the grand unveiling once I get the complete project done.  Until then enjoy these photos as the end of this project will not be long in coming.
Posted by Dave Langkamp at 11:22 AM