I wanted to get this out today as the R/C plane project has started to really take shape.  So with that in mind I am still hopeful that this project will literally get off the ground someday soon.  Here is where I am at with it as of this morning. 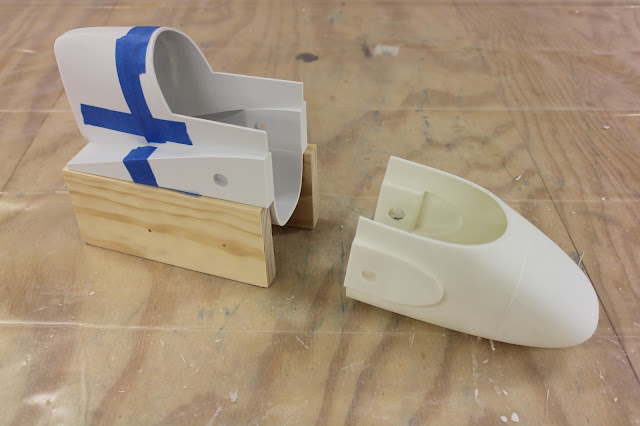 After my recent motorcycle trip to Colorado I was overjoyed to receive more filament for my 3D printer so that I could complete the construction of the fuselage for the plane.  Pictured above is the front and back halves of the fuselage.  The rear section with the blue tape on it had been curing over night so now I was ready to join the two parts. 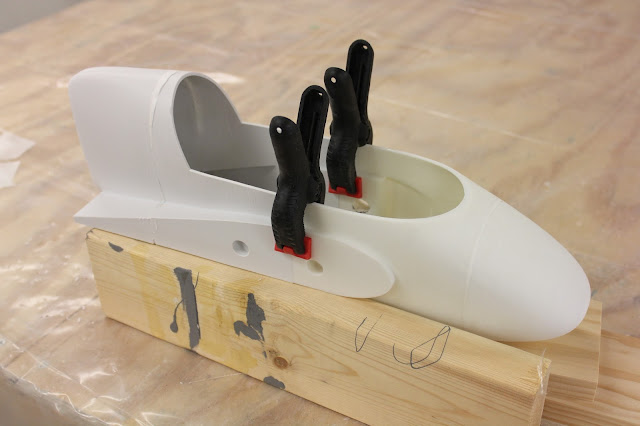 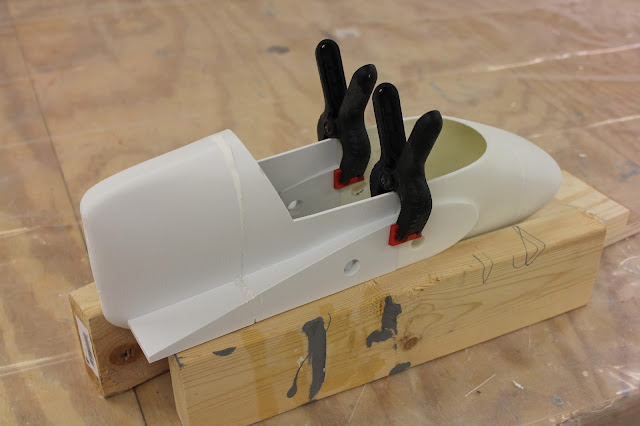 These two photos of the final assembly of the fuselage worked out rather nicely as the 3D printed parts only need to be held together with a couple of small clamps while the last joint of the fuselage was epoxied and again cured over night.  The fuselage shown above is 16.5 inches long 4.5 inches tall and 4 inches wide where the wing meets the fuselage.  Lots of room inside for extra weight to be added so that I can get it balanced for it for glider test flights.

I then only had to put the canopy on the fuselage and insert the pins installed in the wings into the mounting holes on the fuselage.  It looks pretty impressive already.  With a wingspan of 68 inches and total weight at this point at 2 pounds I am more than happy with the end result even if it is just a static model so far.  The 3D printed parts (fuselage, canopy, wing root edges and the wing tip vertical stabilizers) took 40 hours to make with my 3D printer.

I blocked up the plane on both side to get this shot and looking at it I think that would be exactly where the main landing gear would be mounted. 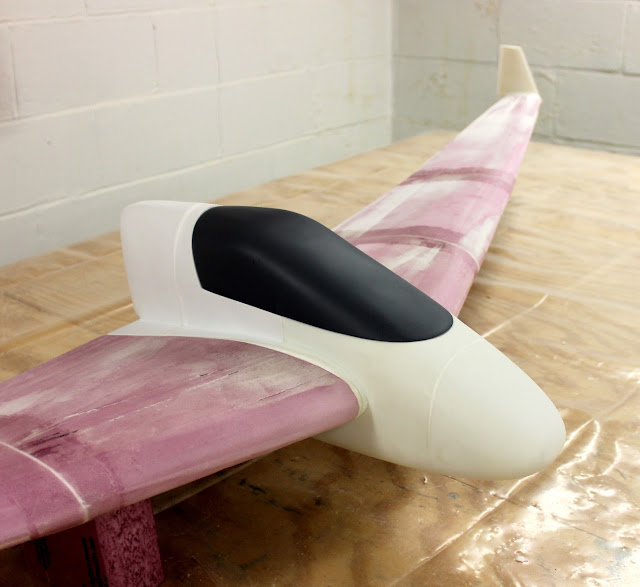 I have the fuselage and the canopy pretty well smoothed out at this point. The wings and the fuselage I will not paint until I am sure it actually flies.  No point in going crazy over making it look pretty at this stage of the project.  That can wait till later if all goes as planned. 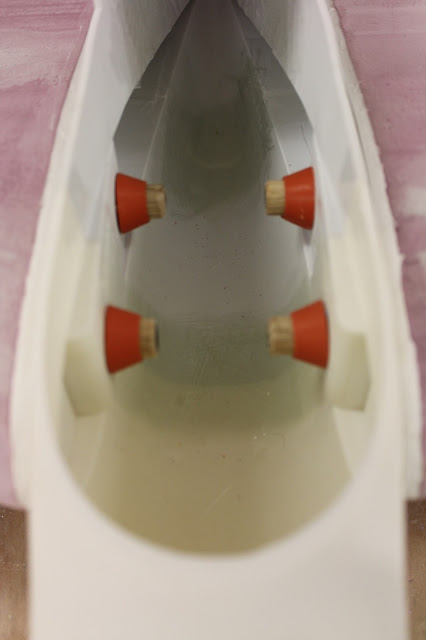 Inside of the fuselage the wings are held on with some odd shaped washers that I found at my local builders store a couple of weeks ago.  I think they will work out pretty well to hold the wings on when I do the test flights. They are a nice snug fit so I would be really surprised if the wings moved much at all when mounted this way. 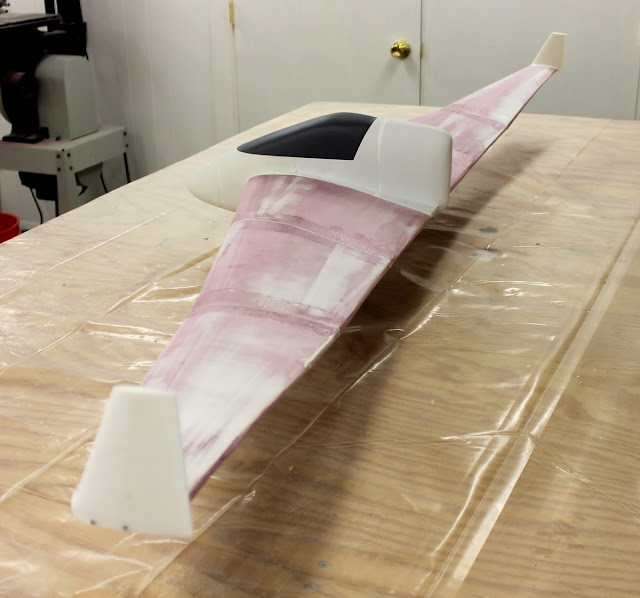 I still will have to work out the details of mounting the canopy to the fuselage.  I plan on using magnetic mounts for this part of the construction.  I ordered the neodymium magnets I need a couple of days ago and I suspect it will be next week before I have them in my hands. In the meantime I will work out the 3D printed mounts for the magnets so I can install have them ready when the magnets do arrive. 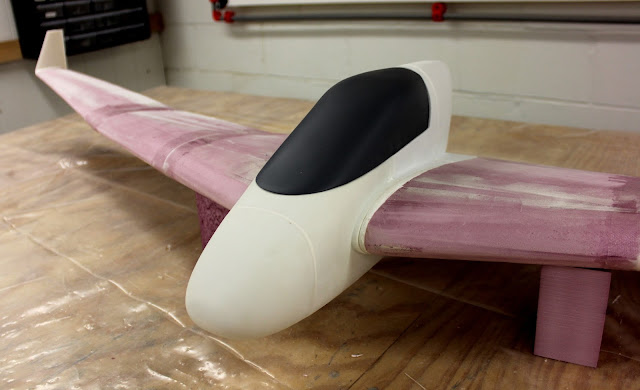 Once I get everything assembled I plan on shooting video of the first test flights.  I say flights in the hope that the plane will actually fly.  It could be test crashes for all I know.  Actually I think I have a pretty good shot at getting the project off the ground. I will have to balance the plane so the center of gravity is correct then I will have much better odds of actually getting the plane to fly.

I flew  large R/C gliders years ago so I have a pretty good idea of how the plane should be set up to fly.  The gliders I flew had wingspans of over 7 feet.  I loved flying them so now to have a model of the actually plane that I built will be even better yet.  Hopefully it will all work out in the end.  Again as before I am still keeping my fingers crossed on the this project just to be on the safe side.
Posted by Dave Langkamp at 12:22 PM